Cork father may have recruited son in gruesome murder-suicide

The horrific murder-suicide that saw Tadg O'Sullivan and his two sons Mark and Diarmuid die shocked Ireland in October. 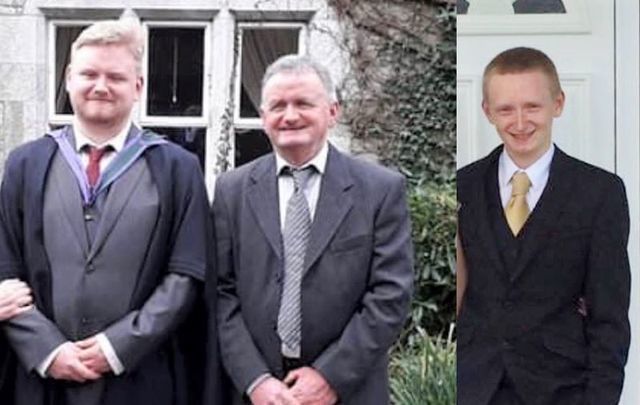 Irish police investigating the murder-suicide, that left a father and his two sons dead, believe that the father convinced his youngest son to help him murder his other son and then join him in a suicide pact.

Detectives are pursuing the theory that Tadg O'Sullivan, 59, plotted to kill his eldest son Mark, 26, during a row over his wife Anne's will, which left most of the 115-acre family farm in Kanturk, Cork, to her 26-year-old son.

Gardaí (Irish police) are investigating whether Tadg recruited his youngest son Diarmuid, 23, to help him carry out the murder-suicide after a letter from a Dublin solicitor arrived at the family home in Kanturk addressed to his wife Anne.

The letter reportedly set out the proposed division of the family farm under Anne's will and may have led Tadg O'Sullivan to plan the murder of his son Mark and the suicide pact between him and Diarmuid, according to the Irish Times.

Gardaí are also investigating the contents of a letter sent to Anne O'Sullivan by a Cork solicitor on behalf of Tadg. The letter urged Mark and Anne to return home so that they could reconcile their differences after the mother and son had decided to stay with relatives when Anne had undergone surgery due to an escalation in tension within the family.

The Irish Times reports that Anne O'Sullivan interpreted the letter as her husband extending her an olive branch and she returned home with her son Mark on Oct. 25, just one day before the tragic murder-suicide took place.

Tadg and Diarmuid O'Sullivan shot Mark O'Sullivan seven times with legally-owned rifles in the bedroom in which he had been staying at around 6:40 a.m. on Oct. 26.

Hearing the shots, Anne O'Sullivan hurried towards the farmyard in an attempt to ring the gardaí, but her husband and youngest son chased after her and took her phone away.

The two men allegedly decided to spare her life so that she could suffer the mental trauma of losing her husband and two sons, according to several reports.

After taking her phone away from her in the yard, they told her that she could leave with the consequences of what had happened to Mark and told her that their bodies would be found in a nearby field after they had killed themselves.

The two men were later found dead with single gunshot wounds to the head beside the two legally-owned rifles.

Gardaí are satisfied that the two men killed themselves in an apparent suicide pact after they found a lengthy note strapped to Diarmuid's leg in addition to further writings by Tadg scattered throughout the farmhouse.

Investigators also found a note written by Mark expressing his concern about what might happen to him because his father and younger brother were still enraged over the family conflict.

Diarmuid O'Sullivan had just completed a degree in accounting at Cork Institute of Technology and his involvement in the murder-suicide came as a shock to those who knew him, with peers describing him as quiet and hardworking.