A grievance over family inheritance had torn the O'Sullivan family apart for months. 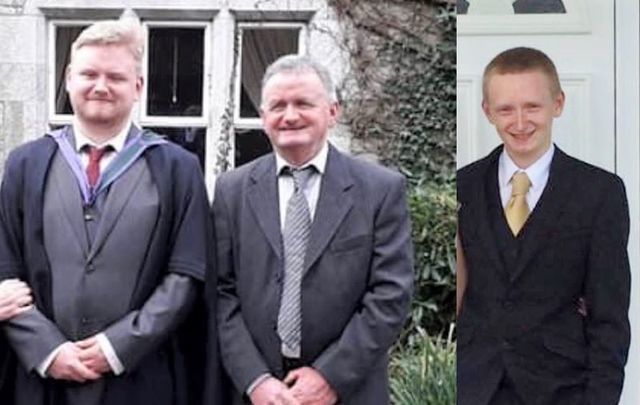 Anne O'Sullivan, who is ill, had gone to Dublin for surgery around two weeks prior to the tragedy which occurred and was staying in a friend's house in Cork during her recovery along with her son Mark.

Both had moved out of the family farmhouse outside of Kanturk in Co Cork after a bitter row erupted over Anne O'Sullivan's will, which reportedly left the 115-acre family farm to her eldest son Mark.

Anne and Mark O'Sullivan had opted to live in a friend's house during Anne's recovery rather than return to a family home that was brimming with tension and bad blood, according to the Irish Independent, which reports that gardaí are now investigating if Tadg O'Sullivan lured his wife and eldest son to the home over the weekend on the pretense of resolving the bitter dispute.

The mother and son returned to the family home on Sunday, October 25, just hours before the horrific murder-suicide in the early hours of Monday morning.

Tadg and Diarmuid O'Sullivan entered the bedroom where Mark was sleeping at around 6:40 am and, according to the postmortem examination by Assistant State Pathologist Dr. Margot Bolster, shot him seven times with two rifles.

Anne O'Sullivan heard the shots and ran from her own room to see her husband and youngest son standing armed at Mark's door.

She then fled the house, according to several reports, and tried to call the gardaí, but her husband and son caught up with her in the farmyard and took her phone off her before smashing it with a sledgehammer.

The Irish Times reports that either Tadg or Diarmuid said to her "I hope you think the land is worth it now" before informing her that they both intended to take their own lives.

Anne fled to a neighboring farm to raise the alarm that firearms had been discharged. Gardai promptly responded, and within hours, found Mark dead in his bedroom and Tadg and Diarmuid dead in a nearby field.

The Irish Sun reports that Tadg and Mark deliberately spared Anne's life in an attempt "to inflict as much heartbreak and sorrow” on the 60-year-old woman as possible.

Gardaí are investigating whether Tadg and Diarmuid O'Sullivan researched similar murder-suicides on the internet in the weeks before the tragic incident.

The Sun additionally reports that Tadg O'Sullivan repeatedly quizzed a man he worked with about a murder-suicide his own family had endured.

Tadg O'Sullivan was particularly keen on the emotional impact on the rest of the family, according to a source in the Sun.