A driver in Co Cork had a lucky escape after a bizarre road incident saw a roadsign slice through the roof of his Range Rover. 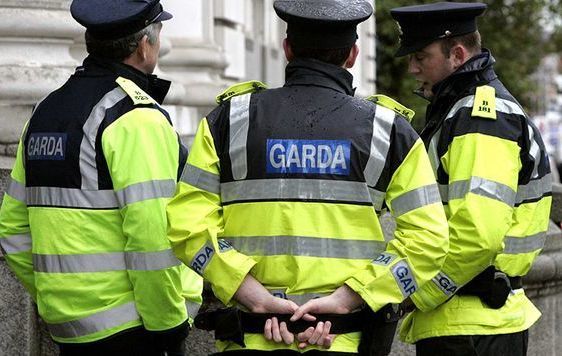 Gardaí responded to the scene in Blarney, County Cork on Sunday evening. RollingNews.ie

A driver in County Cork had a lucky escape after they crashed into a road sign on May 30.

The incident occurred on the N20 road that connects the cities of Cork and Limerick, in the Waterloo area of the village of Blarney just outside the city of Cork.

The single-vehicle crash happened just off the busy road after the Range Rover hit a road sign that sliced through the front windscreen.

Incredibly, however, the glass of the windshield didn't shatter.

Photos from inside the car show that the road sign went straight through the car, narrowly missing the driver in the front seat.

The image of the crash was uploaded to social media has left people shocked that there were no injuries.

A spokesperson for the Gardaí said: "Gardaí attended the scene of a single-vehicle collision at Waterloo, Blarney on May 30, 2021, at around 7.30 pm.

"The car is believed to have collided with a sign post at the side of the road. No injuries were reported to Gardaí at the time of the collision."

Unfortunately, car crashes in this area are becoming increasingly common, though not as unusual as this incident. CorkLive reports that the proportion of fatal collisions to all personal injury collisions on the N20 is four times higher than the national average.

It’s believed that 625 access points along the N20 comprising private dwellings, farm/field entrances, and junctions are "a major contributor to the safety issues.