A study by Irish insurance company MissQuote.ie found that females in Ireland have fewer major road accidents or fatalities than men. 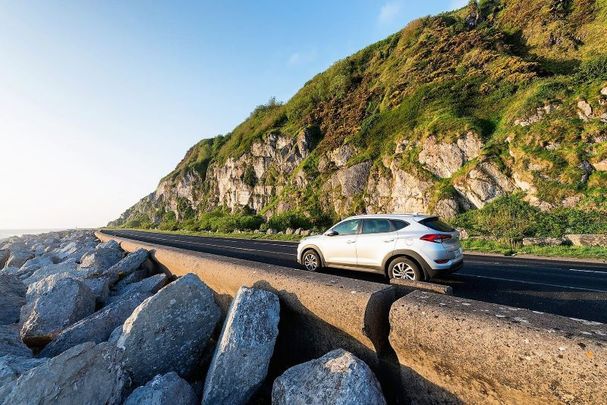 A drive along the Antrim coast. Ireland's Content Pool

It's official -- Irish women are better drivers than their male counterparts.

According to new analysis, females in Ireland are safer motorists than men.
Yet, despite their skills behind the wheel, women in Ireland still fail the driving test more frequently than men.

However, women in Ireland are more likely to flunk their tests, experts have discovered, with just 51 percent of females passing in 2019, compared to 57 percent of males.

The Irish Daily Mail notes that the findings have prompted analysts at the firm to suspect "an unconscious bias" against women may be at play, with calls growing for more female driving examiners to be taken on.

Deirdre McCarthy of MissQuote.ie said: "While this might not appear too big a gap if it appeared in isolation perhaps for just one year, when we analyzed the statistics from 2013 to 2018 we found a similar trend.

"The overall number of men and women in the country is close to 50/50, but when it comes to drivers on the road there are significantly more male drivers. Less women drove years ago. That should have equalized over the years but it hasn't."

She added, "What we are seeing is, overall, driving test results seem to be at odds with the subsequent driving records of men and women and we want to examine factors that could be contributing to that."

Meanwhile, waiting lists for driving tests have lengthened considerably since the start of the pandemic, according to Ireland's Road Safety Authority (RSA).

Due to the lockdown, only essential workers at present are able to book driving tests.