When the time is right, what better way to reconnect with the island of Ireland than by hitting the open road with family and friends on an epic Ireland road trip?

In Partnership With:
Tourism Ireland 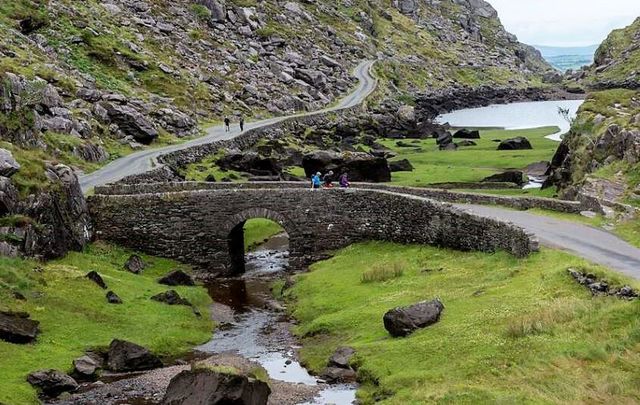 The Gap of Dunloe on the Ring of Kerry. Ireland's Content Pool

"May the road rise to meet you" - it's one of the most famous sayings to ever come out of Ireland.

It's a wishing of good luck and a safe journey - and we can't wait until we can safely journey to Ireland again. With luck, it will be soon!

As we patiently wait, we’ve gathered some can’t-miss experiences from the island’s most stunning driving routes so that when you’re finally able to visit, you and your family can enjoy the very best of Ireland’s stunning routes.

The Ring of Kerry along Ireland’s Wild Atlantic Way

The Ring of Kerry starts and ends in the always charming town of Killarney, where you, your friends, and your family can tuck in for a bite to eat and a refreshing pint, or do a spot of shopping amongst the locals. 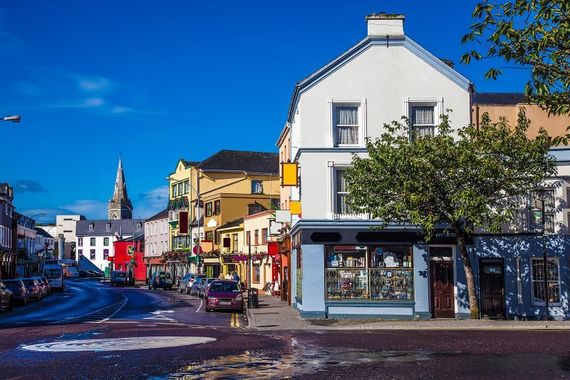 Killarney, the start and end of the Ring of Kerry. (Getty Images) 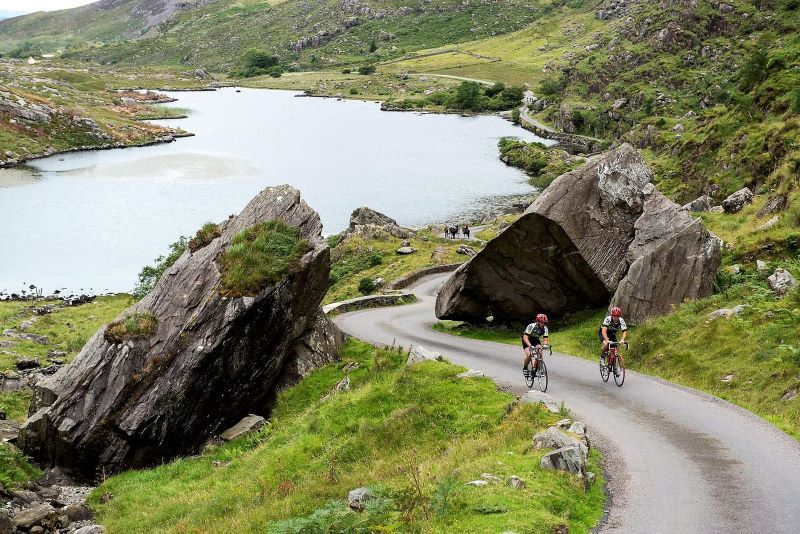 While rambling about the Ring of Kerry, make sure to take in the views of Skellig Michael, a historic island off the coast of Co. Kerry that was featured in Star Wars Episode VII “The Force Awakens” and Episode VIII “The Last Jedi”! 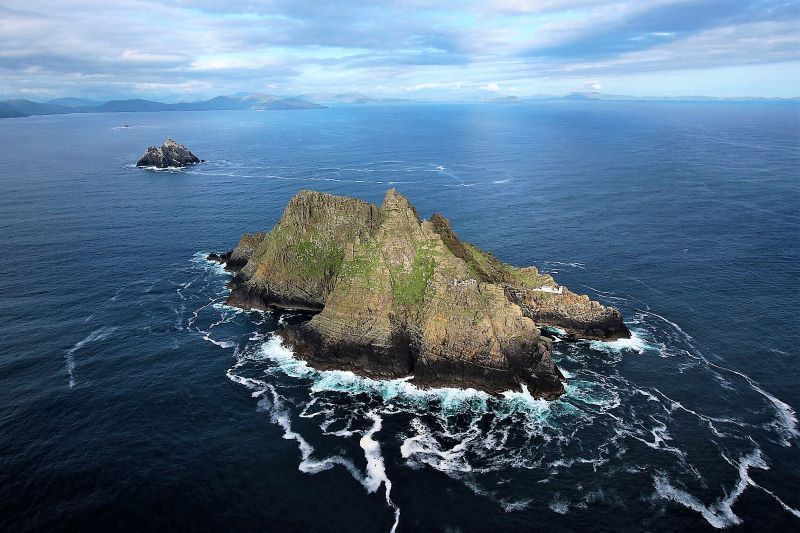 Originating in Belfast and ending in Derry-Londonderry, the Causeway Coastal Route will bring you through some of Northern Ireland’s most spectacular natural scenes and historic sites.

The Gobbins Cliff Path, which has clung to the basalt cliffs of the Islandmagee Peninsula for more than a century, offers visitors a one-of-a-kind experience to explore bridges and stairways carved into the cliff face. 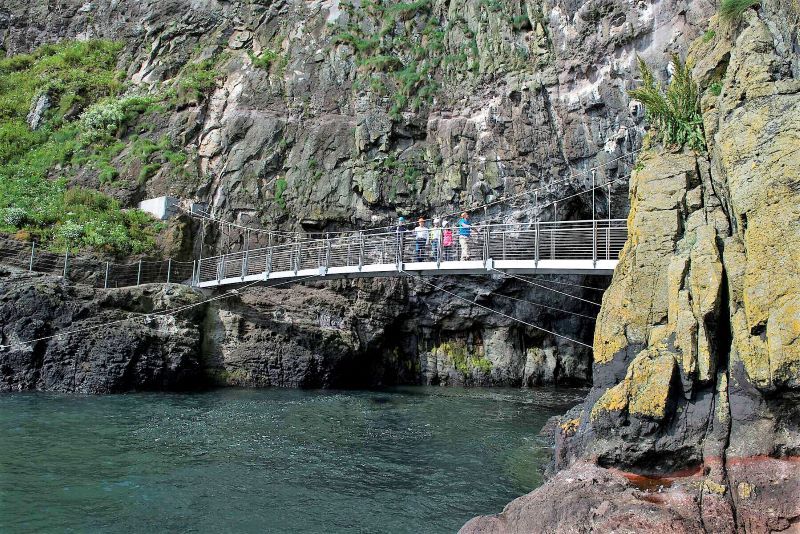 Take a walk through history at Glenarm Castle, which feels straight out of a storybook. Home to the McDonnell family since the 1600s, inside you'll find furniture, portraits, and much more dating back to the 17th century – this is as authentic as it gets. 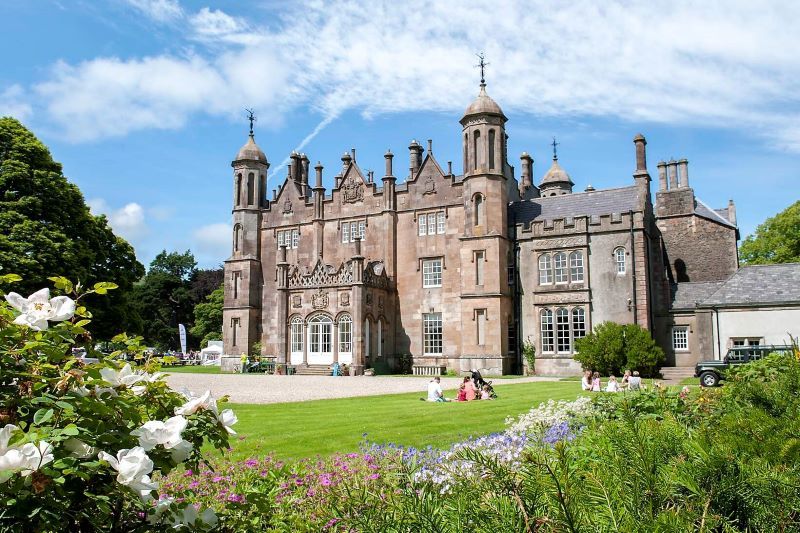 Fans of HBO’s Game of Thrones® will quickly recognize the Cushendun Caves, where the infamous “shadow baby” scene was filmed. All visitors will appreciate the seemingly endless stretch of coastline and, on a clear day, maybe even a glimpse of Scotland. 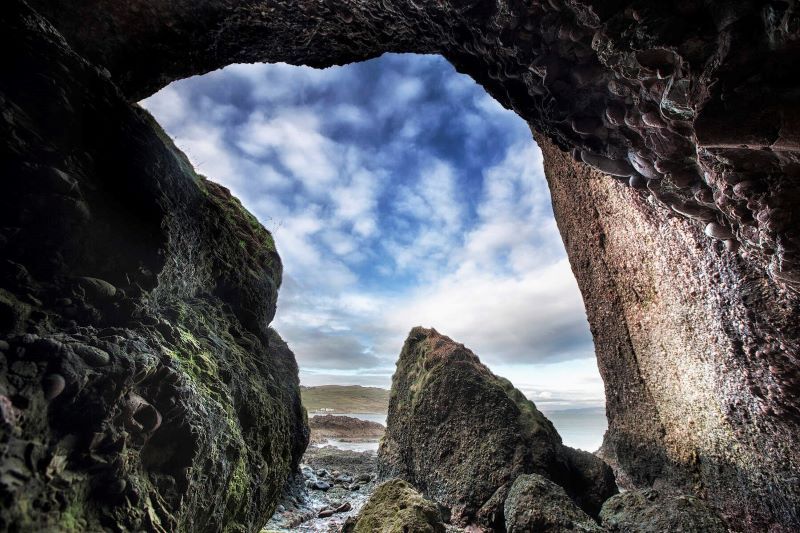 Complete your Coastal Causeway Route tour in Derry-Londonderry, the historic city that now serves as the backdrop of the smash hit show Derry Girls. Take in the ancient walls and go for a walk across the Peace Bridge which crosses the River Foyle. 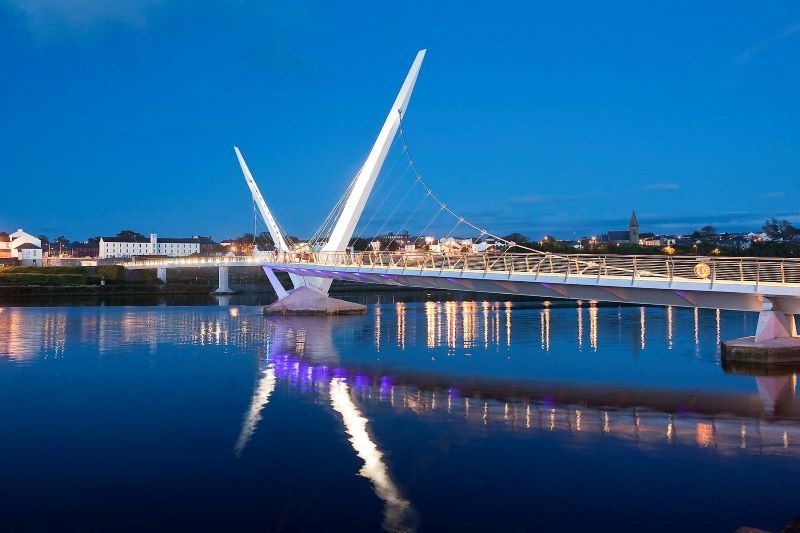 The Copper Coast in County Waterford, a part of Ireland’s Ancient East, boasts over 460 million years of geological history along the picturesque and lively coastline.

Nature lovers will marvel at the Copper Coast Geopark, a UNESCO site where you can explore the outdoor museum of geological records that explain how volcanoes, oceans, deserts, and ice sheets all combined to create the rocks which provide the physical foundation of the natural and cultural landscapes of the area. 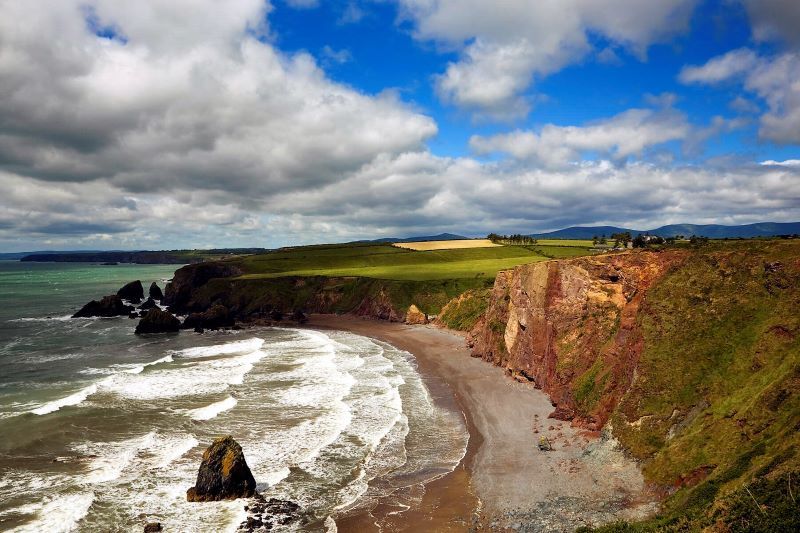 If you’re up for a cycle, experience Ireland’s wildlife, scenery, and culture at a leisurely pace along the Waterford Greenway, Ireland's longest off-road cycling route in the heart of Ireland’s Ancient East. 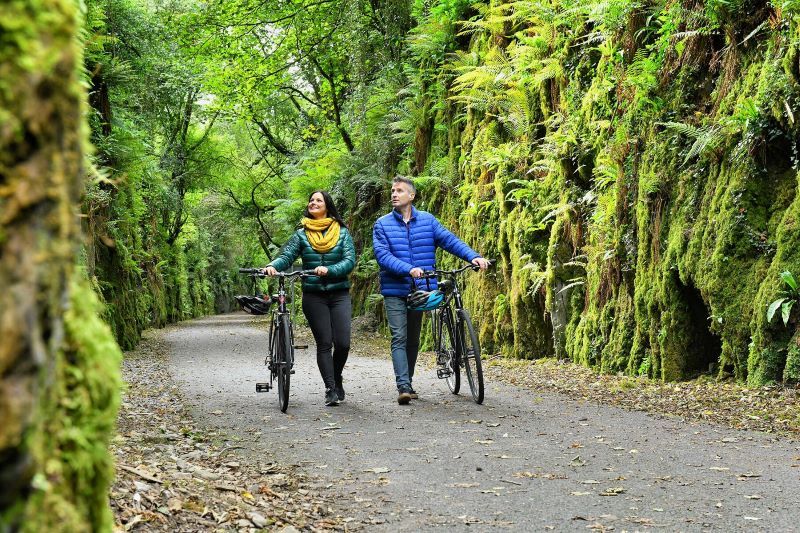 There are eight beaches along the Copper Coast Route where visitors can explore the island and caves via kayak. Don’t forget your fishing rod! 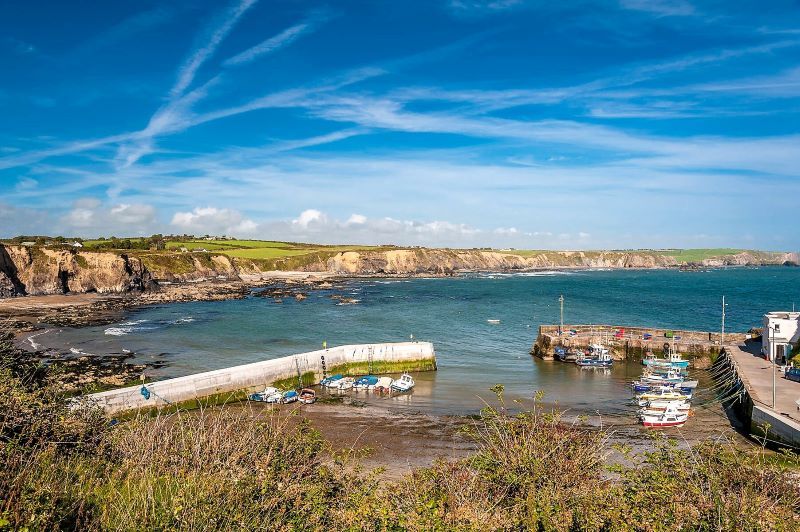 Less than an hour's drive - or a picturesque train ride! - outside of Dublin's bustling city center, there are plenty of opportunities along the coast at places like Howth,  Dun Laoghaire, and Dalkey for the whole family to enjoy.

In Howth, you can walk the pier, take a boat out to tiny Ireland’s Eye island, or take a longer, leisurely hike around the Howth Head with the stunning Howth Cliff Loop. 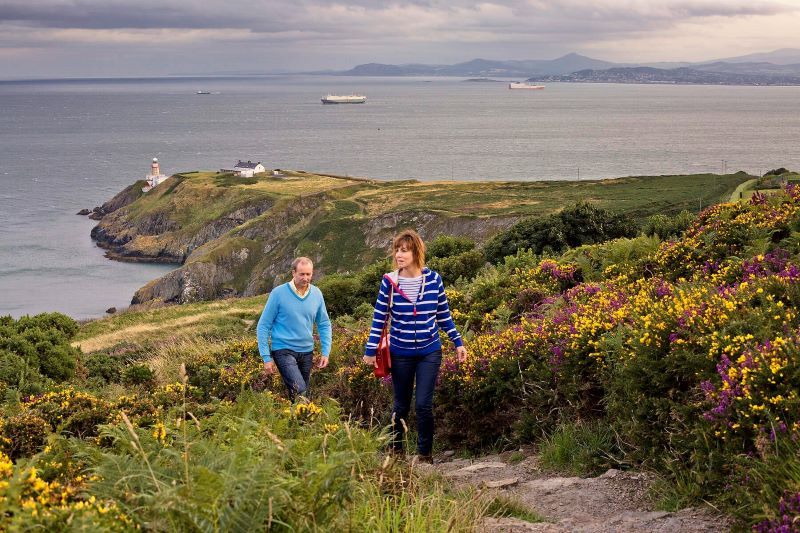 Take in the beauty of Dublin Bay with a stroll along Dun Laoghaire pier, home to three sailing clubs and the National Maritime Museum of Ireland. If you're up for a dip, head for the Forty Foot swimming spot tucked in behind the James Joyce Tower and Museum. 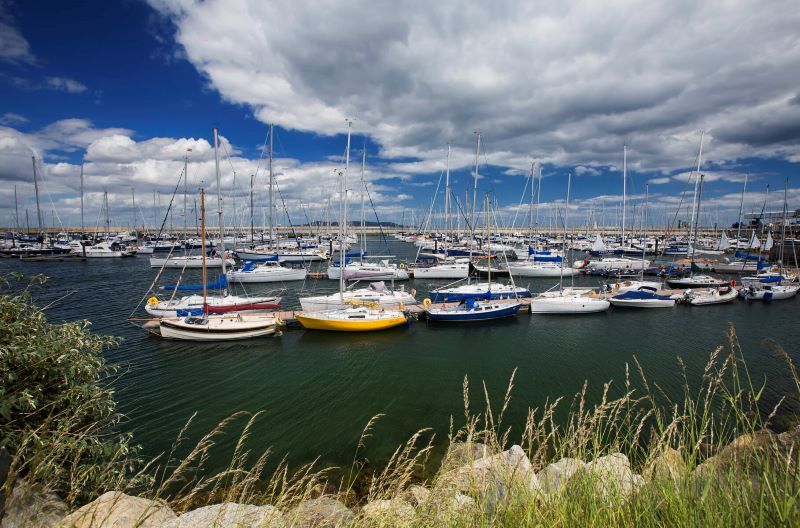 Step into history at Dalkey Castle and Heritage Center, which details the area’s rich literary heritage. Later, board the ferry for the five-minute ride from Coliemore Harbour to Dalkey Island, which provides gorgeous views of the Irish coastline. 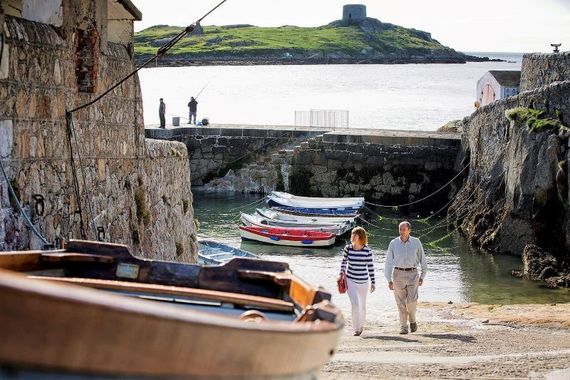 Finish off your day by popping into one of Dalkey's traditional pubs where you can chat with friendly locals and savor the dining options that bring together fresh seafood and traditional favorites with a modern twist. 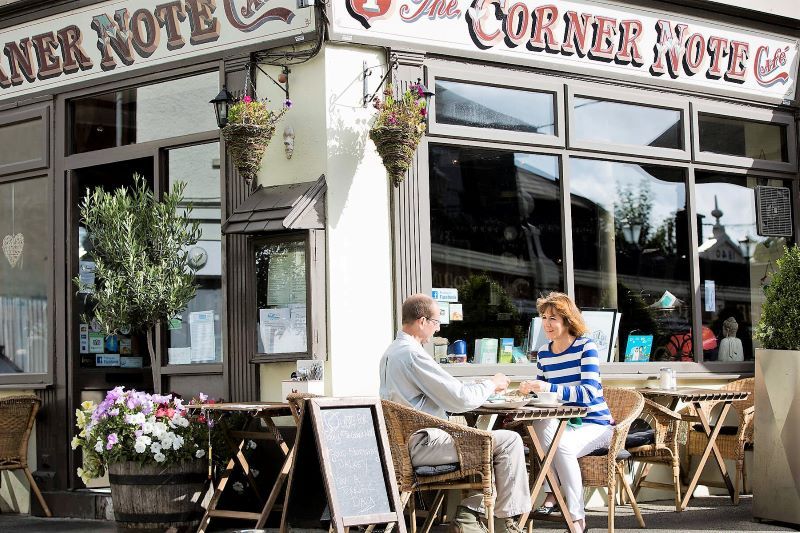 With any luck, our next visit to Ireland won't be much longer! When the time is right, the road will rise to meet you and Tourism Ireland will be there to help inspire and guide your next visit.

This article is presented proudly in partnership with Tourism Ireland. To learn more about Tourism Ireland and get inspired for your next visit to Ireland when the time is right, check out its website.