Cop killer suspect arrested off US flight in Dublin

Four years after he fled the country, he’s back on Irish soil and will face questioning. 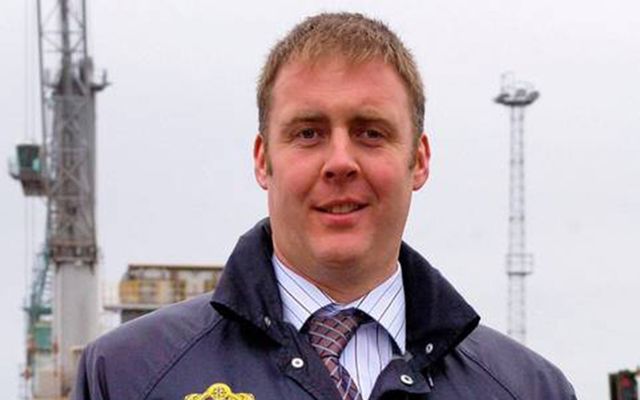 A suspected cop killer has been arrested at Dublin Airport following his deportation from the United States this morning.

The Armagh man fled to the US after the murder of Garda Adrian Donohoe and worked undocumented in construction on the east coast.

Last week he was detained for a visa irregularity and his deportation was quickly scheduled.

Gardaí (police) in Dublin were waiting for him and he was arrested for skipping court after he was convicted on a separate matter. Whilst in custody, he is expected to be questioned about the night that Donohoe was shot.

It is understood, however, that he will not be charged as there is still insufficient evidence to link him - or anyone else involved to the crime.

He will appear before a judge in relation to his previous conviction.

Adrian Donohue was killed in January 2013, the first on-duty garda to be shot in Ireland in nearly 20 years and he was given a state funeral.

Donohue and a colleague had been escorting bank staff transferring cash from one branch to another in rural Co. Louth. After spotting two men in a nearby car Donohue approached them and was shot at short range in the back of the head.

Five men then fled the scene with the equivalent of $4,500 in cash.

Gardaí say there are people out there who have information on the murder of Detective Garda Adrian Donohue killed four years ago today. pic.twitter.com/cszyfrkuaQ

The stolen car used during the robbery was burnt and no DNA traces were ever found.

The group responsible has been linked to criminals within the Irish republican movement and it is this connection, gardaí believe, that has kept them free with witnesses terrified of coming forward.

One suspect, although not a member of the IRA himself, works for the group as a fuel smuggler and has a relative known to law enforcement as “number two provo” in Armagh.

One suspect is even said to have laughed in gardaí’s faces knowing there is as yet nothing to connect him to the crime.