Crowds gather at funeral of Irish grandfather (87) murdered in London

Thomas O'Halloran, a "well-liked grandfather" from Ennistymon in Co Clare, was fatally stabbed while riding his mobility scooter in London on August 16. 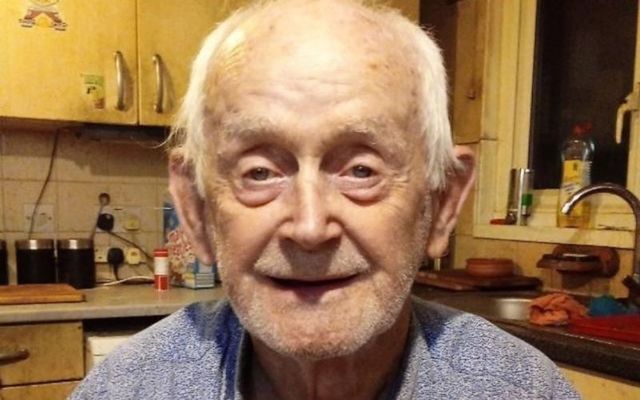 Thomas O'Halloran, 87, was stabbed to death in August while riding his mobility scooter in Greenford. Met Police

Friends and family of murdered grandfather Thomas O'Halloran gathered in London on Saturday to pay their respects as the 87-year-old was laid to rest following a poignant service.

O'Halloran, a "well-liked grandfather" from Ennistymon in Co Clare, was fatally stabbed while riding his mobility scooter in Greenford on August 16. He was returning from a nearby Underground station where he had been busking to raise money for victims of the war in Ukraine.

Mourners heard that the 87-year-old was in the "wrong place at the wrong time" at the time of the attack.

"The tragic killing provoked understandable devastation right across west London and in his hometown of Ennistymon in Co Clare," Ambrose said.

"But it was the level of outrage that accompanied this grief that will hopefully prove to be a turning point, and in some ways provide another legacy.

"This could have been anybody, Tom just happened to be in the wrong place at the wrong time."

Ambrose said O'Halloran was due home at 4 pm on the day he was murdered, adding that his daughter began to worry when he didn't return for his dinner.

"His daughter had his dinner in the oven – when he did not make it home she rang his phone several times.

"The police came to her door with the terrible news at seven o’clock."

O'Halloran, who moved to London when he was 17, was buried in Greenford Park Cemetery following the service.