St. Patrick's Committee of Holyoke has named Jenn Cooper the George E. O’Connell Award recipient of the year for her significant contributions to the fund-raising efforts of the association. 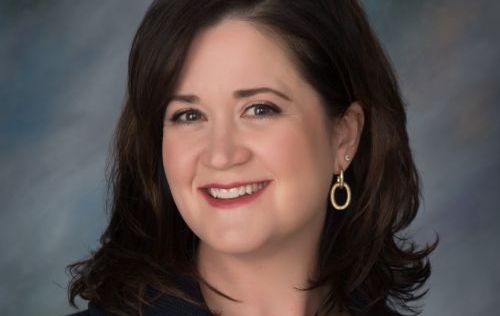 St. Patrick's Committee of Holyoke has named Jenn Cooper the George E. O’Connell Award recipient of the year for her significant contributions to the fund-raising efforts of the association.

The George E. O’Connell Award recipient shall be a long-standing member of the Parade Committee who has made significant contributions to the fund-raising efforts of the parade and/or this association.

After moving back to Massachusetts from Salt Lake City, Jenn Cooper joined the Parade Committee at the suggestion of Ray and Sue Feyre as a way to make new friends, get involved and give back to the Holyoke Community.

Jenn is the daughter of the late Major Richard W. Cooper of Salisbury, Maryland and Mary Jacqueline “Jacki” Cooper of Pittsburgh, Pennsylvania. The Cooper family lived on Westover Air Force Base until Richard’s plane was downed on December 19, 1972, and he was listed as Missing in Action*.

Jacki relocated to Holyoke to raise Jenn and her beloved sister, Natalie. The community of Holyoke was a blessing and support to the Cooper girls who made many lifelong friends who they consider family. Jenn graduated from Holyoke Catholic High School in 1991 and received her B.A. in Political Science in 1995 and Master’s in Higher Education Administration in 1997 from the University of Massachusetts Amherst.

Since 1997, Jenn has worked in higher education her whole career and currently serves as Senior Director of Development for the University of Massachusetts Foundation (a private fund-raising entity). Jenn is considered a top performer for the Amherst campus having raised over $13 million in donations since 2013. Prior to UMass, Jenn worked at Westminster College in Salt Lake City, Boston University and MIT. She is a member of the Board of Directors for the Dakin Humane Society in Springfield.

Jenn resides in Holyoke with her partner, best friend and fellow committee member, Billy Dinn, and their dog, Murphy D.

* Richard’s remains were found and he was buried on December 19, 2003, in Arlington National Cemetery.