Oliver O'Donnell sadly passed away in his native Co Tipperary on April 26. 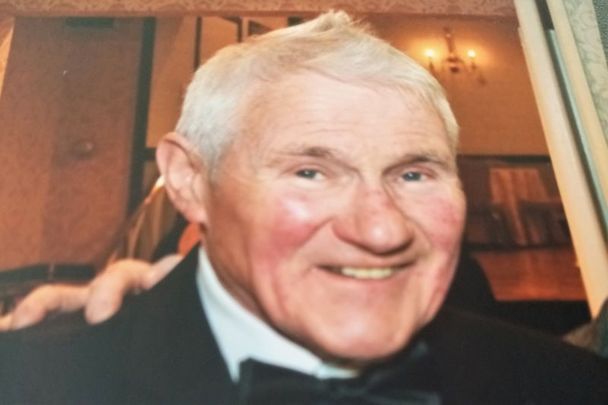 I'm sad to report that another great GAA personality, Oliver O’Donnell, passed away on April 26 in Holycross, Co. Tipperary.

He and his wife Eileen had returned from the states to live in his beloved Tipperary in 2006. Oliver, a member of a family of 10, was born in Rosegreen, Cashel on May 20, 1936. He was educated at Rosegreen Primary School and Cashel Secondary School.

Then, like many of his contemporaries in the economically depressed Ireland of the fifties, the emigrant ship was the best or nearly the only option for employment prospects. So in 1955 Oliver boarded the boat at Dun Laoghaire and began working as a carpenter in London with McAlpine’s Fusiliers, the group’s notoriety made famous in a ballad by Ronnie Drew and the Dubliners.

Five years later, Oliver and his good friends Mike Griffin and Sean Reynolds took to the seas again. This time they boarded the S.S. America at Cobh and set sail for the states, with Oliver describing the seven-day trip later in an interview as “a forced vacation.” Apparently, the young chaps enjoyed themselves immensely dancing, dining, and even dating, once they got over the initial seasickness.

Upon arriving in New York, they settled in the Bronx which had a large, flourishing Irish community in those years. Oliver worked as a union carpenter for nearly a decade before establishing a very successful construction business.

New York certainly offered Oliver ample opportunities to explore his two great passions, dancing and sports. Word was that the dexterous dancer could swipe the ladies off their feet. Years later he opined, “I wouldn’t say I was a Romeo, but I was easily led, and I loved to dance and that was a big plus with the women.”

If Oliver knew how to win hearts, he certainly knew how to win games. Of course the other great arena, besides the dance floor, was Gaelic Park. Years later he noted the centrality of the famed Gaelic venue in his life, stating, “That’s where my heart was, Gaelic Park was where the craic was. The GAA was an instinct in me.”

That assessment certainly was true and borne out by his deep involvement in the GAA throughout his life. Few could quibble with the notion that the GAA was a critical part of Oliver’s DNA. He was “a lifer” in the parlance of the GAA.

Once settled in the Big Apple, he helped Tipp to several hurling championships in the 60s and 70s, mostly as a tenacious, tough, and tigerish defender. He was also handy with the bigger ball and lined out with Leitrim and Tipperary occasionally.

When his playing days ended Oliver was very active in the affairs of the club for several decades, holding the major roles of secretary, chairman, delegate, and of course, managing the Tipp team to several senior championship titles.

Oliver was not just interested in promoting Tipperary’s interests, but he also aspired to lead the Big Apple association as well. He definitely served his apprenticeship well, as he was vice-chairman in 1976, 1977, 1982, and 1983 before seeking the top office in 1984.

Initially, it was a three-horse race but John Kerry O’Donnell dropped out leaving John Phelan and Oliver to battle it out. The Tipp man prevailed – meanwhile, it’s great to see Phelan, another GAA lifer, still a regular patron in Gaelic Park.

However, the Tipp man’s reign came to an end the next year with Terry Connaughton topping the poll. The contest was not without some drama as there was the burning of the ballot box and the New York Fire Department was called to cool things down.

Anyway, when the smoke settled, Terry was in and Oliver was out. Oliver’s eighties reign coincided with massive emigration, recession, and unemployment in Ireland which saw the Gaelic playing population swell to unprecedented levels in the Big Apple. There were over 70 teams among the various divisions, with 20 senior football teams alone.

Though there was plenty of action on the playing fields, there was also plenty behind the scenes and in the boardroom, some of it undemocratic. Just as well that Oliver was a practical and principled man, and he made sure that the democratic principles of the association were rigorously upheld thought it led to unpopular decisions such as a New York senior football final not being played, plus a players’ lockout on another occasion.

After leaving the top position Oliver continued to be heavily involved in the affairs of the Tipp club. A decade later, he sought the top position again, but was unsuccessful. Incidentally, I was also a candidate for the position, but Oliver and myself were basically also-rans as the late and popular Mike Cassidy coasted to victory.

Meanwhile, Oliver could always be relied on to help the GAA any way he could. For many years when many of the games were played in Van Cortlandt Park, his basement in his building on Broadway was a handy storage space of nets, goalposts, etc.

Oliver and his wife Eileen returned to Ireland in 2006 and set up home in Holycross, Co. Tipperary. He maintained his passion for Gaelic games to the very end. Indeed somebody quipped that he had to be the oldest water boy about.

Oliver was laid to rest in Holycross Abbey on April 29. He is survived by Eileen and sons Brendan and William.