A round-up of the games played in New York GAA games this week. 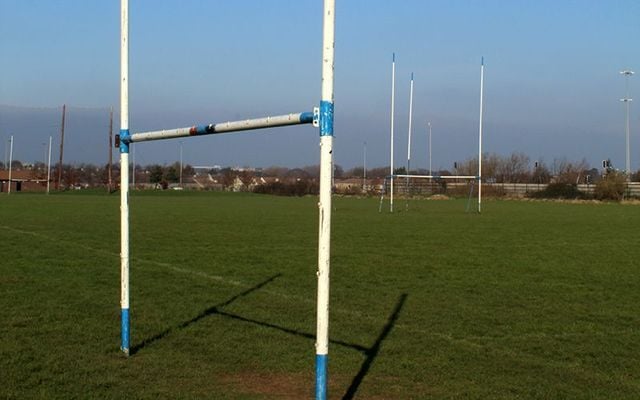 A round of the Gaelic games news from New York. Getty

O’DONOVAN Rossa were quickly out of the traps in this junior A football contest as Paudie Kyne scored on their first attack, while Alan Raftery opened Cork’s account with a pointed free for a foul on Darragh Walsh.

Rossa’s lead increased after a tenacious tackle forced a turnover and set up John Crombie for a score.  Rossa were winning the possession stakes and a diagonal delivery from Maurice Sweeney enabled Jason Darby to get his first score.

Three minutes later, Darby was on target again as he blasted the ball to the net. Hardly surprising that this Offaly native would have a penchant for audacious goals; he was taught by his father, Seamus, the scorer of one of the greatest or most famous goals in Gaelic football, hint 1982.

The first quarter finished with a fine long-range effort from Liam O’Connor and a second pointed free from Cork’s chief flag-raiser Raftery.

The Rebels stepped up their performance after the hydration break. John Lavin landed a fine effort from the wing and Niall Judge sent over a point from a free. Conor Hunter also got on the scoring sheet with a point.

Rossa stalled the Rebel revival as Darby sent over a spectacular shot from an acute angle and O’Connor repeated with his long-range effort.

Rossa looked set to goal again but a full-length body dive from Anthony Hanley averted the danger. Rossa kept the pressure on and Eoghan Kelly came off the bench to send over two 45s to leave his team-leading by 1-8 to 0-6 at the short whistle.

On resumption Kelly knocked over another 45 and Raftery pointed a free. Rossa then went on a mini scoring blitz. Shane Holland sandwiched in a goal between points form Kyne and O’Connor. Raftery added a brace from frees to leave his team trailing by 2-11 to 0-9 at the last water break.

Cork played their best football in the final quarter as Cahill, Hunter, Raftery and company were much more direct and incisive in their efforts.  They were whittling down the deficits with points before Darragh Walsh was upended in the square, leaving Hunter the task of planting the spot kick in the corner of the net.

Unfortunately tempers flared and fists flew as matters became testy, resulting in three red cards.  One of the red-carded players missed his intended target and his wayward slap landed on the referee.

Perhaps a bit of pugilistic practice might be in order so that intended targets are hit.  Anyway for striking or attempting to strike, the prize is a red card, whether the intended target or no target is hit.

Despite Cork’s late rally Rossa held on to win by two points as for three quarters they were the better team. They were stronger, faster to the ball, took their chances well, and transitioned well from defense to attack.

Man of the Match: Liam O’Connor.

CAVAN needed a win to keep their hopes alive in this intermediate contest, and there was a ray of hope in the opening sequence of events.

Things seemed to start brightly for the Breffni Blues. Billy Hanlon opened their account with a point and Eoghan Carew quickly followed with another. Then a long ball to Brian Thornton found him inside the Brooklyn defense, but keeper Looney dashed quickly off the line to smother his goal-bound shot.

Once Manhattan found their groove the Breffni Boys’ lead was short-lived. Jack Kiernan opened their account with a point and the minor score was quickly followed by a major as big midfielder Damian McCaughney bustled his way in for a goal.

Jack Collins increased their lead with a point before Gaels struck for goal number two. A long ball was knocked down at the edge off the square and the inrushing Shay Grimley steered it to the net. Cavan’s chief marksman, Carew, slotted over a 45 to finish the first quarter.

After hydration Manhattan Gaels were very much in control as they launched waves of attacks on the Cavan goal. Emmett Courtney was causing havoc running through the Cavan defense scoring points and creating chances for his teammates.  Sean Power added another goal to leave the Manhattanites leading comfortably by 3-6 to 0-5 at the short whistle.

Upon resumption, it looked as if it was going to be a complete rout as the Gaels quickly added two points and the deficit could have been worse but for a super save from Cavan keeper Mark Galligan to deny Grimley a goal. Though the deficit was now at 12 points, in fairness to Cavan they didn’t throw in the towel. With incessant urging from manager Anthony Gaughan passionately patrolling the sideline, they battled back.

Carew led the way with a point before midfielder Emmett McGoldrick rattled the net. Cavan tagged on two more points from James Lang and Carew to have the score at 3-9 to 1-8 at the last water break.

Manhattan started the last quarter with a brace but Cavan kept plugging away. Carew pointed a free before he blasted a penalty to the net to excite the small band of Cavan supporters on hand.

Man of the Match Courtney was still doing damage at the other end every chance he got, but Nolan Greenan had a Cavan point to keep them in the hunt.

Cavan did have a late chance for another goal but Manhattan showed who was boss. They pulled down the shutters as they move up in the standings while, unfortunately for the Breffni Blues, chances for silverware are gone for this year. Of course, there’s always the golf course, especially the Sheridan Tour. Philip will arrange a very nice handicap for you, and just make sure you have a few bob on you at the end of the round.

Man of the Match: Emmett Courtney.

THIS junior A contest featured two teams of young American-born players who honed their skills through the New York Minor Board.

Judging from what these youngsters displayed, long gone are the days when the skill set was predominately a high catch and a long kick.  Evidentially great credit is due to the Minor Board coaches for the development path that they have afforded these young players.

Meanwhile St. Barnabas had the better of the exchanges in this encounter with the axis of the Brosnan brothers, Mikey and Shane, along with Gearoid Kennedy being instrumental in the flow of proceedings. At the end of the first quarter, the Bronx Boys led by 0-5 to 0-1, courtesy of Mikey Brosnan (three), Adam Power and Kennedy, while Kevin Loane, a very skillful player had Rangers’ point.

St. Barnabas maintained their dominance but squandered a few chances before Kennedy and Mikey Brosnan increased their tally.  Indeed the tally could have been more but a full-length dive from Dylan Grace deflected a goal-bound rasper from Jack Martin.

Then just before the short whistle Rangers got a badly needed boost as Loane got on the end of a James Breen 45 to knock it into the net.

St. Barnabas kept the pressure on after the changeover as they added 1-5 in the third quarter. Mikey Brosnan had a brace before a goal arrived from Jack Martin which was the culmination of a movement involving the Brosnan brothers, Dylan Curran and Mikey McBrien.  The goal was bookended with another brace from Brosnan from frees for fouls on Michael Boyle and Tommy O’Shea.

Matt Minniter and Emmett Loughran chipped over points for the beleaguered Rangers to leave them eight points adrift. In the last quarter, Rangers rallied as Grace forced a great save from keeper Jack Dennis at the expense of a 45.

However, the next sortie on goal was more successful as Rangers were rightly rewarded with a penalty for a foot-block, which Loane scored.

At the other end, Barnabas was finishing off the game with a flourish. Shane Brosnan goaled to cap off a fine movement involving his older brother and hard-traveling Alan Wynne. Further points followed from O’Shea and Patrick McGrinder. Rangers did have an opportunity to put a better complexion on the scoreboard but a late penalty was brilliantly saved by keeper Dennis.

Man of the Match: Mikey Brosnan.