The New York GAA is hosting its 86th annual banquet this Saturday, February 1, and two local GAA stalwarts will be honored. 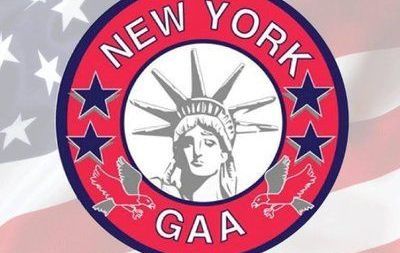 The New York GAA is hosting its 86th annual banquet this Saturday, February 1, and two local GAA stalwarts will be honored.

Kevin Lennon is the guest of honor. A native of Killoe, Co. Longford, he began his football career at an early age with Ennybegs National School where they won the School Boys Football Championship in 1967. He captained the Killoe Emmett Óg Club to intermediate victory in 1977 and soon afterward immigrated to New York.

Shortly after arriving in New York Lennon, like many others, found himself involved in the GAA scene and played with the Brooklyn Shamrocks and Carlow Senior Football Club. In 1979, he joined and become an inaugural club officer with the Longford Football Club.

A leg injury ended Lennon’s football career with the Longford club in 1986, and a subsequent move to Pearl River, New York resulted in his involvement with the Minor Board and ultimately the Rockland GAA which has thrived with his participation. Rarely missing a weekly meeting, he is a dedicated club man and staunch supporter of the NYGAA.

The 2020 Lifetime Achievement Award honoree is Terry Connaughton. A native of Athleague, Co. Roscommon, he developed a love for the games of the Gael in his early childhood years playing both Gaelic football and hurling with the local parish and school teams.

He spent many years in the colors of the Athleague hurlers, and captained the Roscommon minor team and played for the seniors in 1951 and 1952. In 1951, Connaughton immigrated to London, and a year later arrived in New York. He continued to hurl and even competed for the New York all-star team against Wexford in 1957.

Connaughton eventually involved himself in the administrative side of the New York GAA, serving as vice president in 1971, 1972 and 1973, and president in 1974, 1988 and 1989. Under his leadership, the New York Board affiliated itself with GAA headquarters in Croke Park which led to New York competing in the Connacht Senior Football Championship.

Connaughton was instrumental in organizing the New York Ladies GAA in 1991 and served as its first chairperson. He was a 10-term president of Good Shepherd Football Club, as well as a member of the Roscommon Football Club and the Clare Hurling Club.

Connaughton is the proprietor of the Riverdale Steakhouse which he and his family have run for 40 years.

“We just worked at it and tried to always give our customers what they want. My family was and is very involved and that helped too. I don’t have any magic secrets, just hard work and always doing your best,” Connaughton told the Irish Voice last year.

The banquet will be held at Antun's, 96-43 Springfield Boulevard, Queens Village, with a cocktail hour starting at 8 p.m.  Dinner and dancing to the music of the McLean Avenue Band follows. Tickets are $100 per person. For information, call Clare McCartney at 917-559-4019.