Róisín Price was diagnosed with Acute Lymphoblastic Leukaemia (ALL) at the age of three in February 2015 and set herself a goal of collecting every intercounty GAA jersey in Ireland when she learned that the cancer had returned last year. 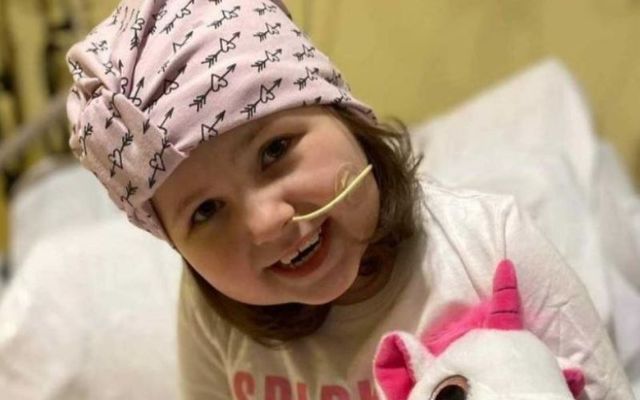 A nine-year-old girl from County Tipperary who set a mission of collecting every GAA jersey in Ireland during her six-year battle with leukemia has been declared cancer-free.

Róisín Price was diagnosed with Acute Lymphoblastic Leukaemia (ALL) at the age of three in February 2015 and set herself a goal of collecting every intercounty GAA jersey in Ireland when she learned that the cancer had returned last year.

Newstalk reporter Jess Kelly issued a call to action on social media in an attempt to help Róisín complete her mission and the public response was emphatic.

Not only did Róisín receive GAA jerseys from all over Ireland, but she also received thousands of items from around the world, including signed international jerseys, specially-designed cakes, and toys.

"Róisín's Relentless Fight" - a GoFundMe campaign set up to raise money for her treatment - also raised almost €22,000 since it was launched last November.

On Tuesday, Róisín shared an update on her battle with ALL in a video on Jess Kelly's Twitter.

"Today we found out some good news; I am cancer-free," the nine-year-old said in the short video.

Here’s some good news to make your day from Róisín, the young girl we collected the jerseys for... pic.twitter.com/03EZHV8noE

"After a long three weeks waiting for results, we found out this morning that Róisín has no detectable Leukaemia cells," she said.

"She is in remission and cancer-free. For now, the plan is to continue monitoring closely and have bone marrow samples taken every month for six months.

"Words cannot describe how we feel. It is such a relief to get great news.

"Róisín continues to show how strong and brave she is and I am in awe of her. Her determination cannot be matched. She is an inspiration to me and everyone," she continued.

She noted that "tomorrow is never promised" but said that the family would take it one day at a time and celebrate the happy moments that come their way.