Locals from Ireland’s second city have deep and rich connections with New York. 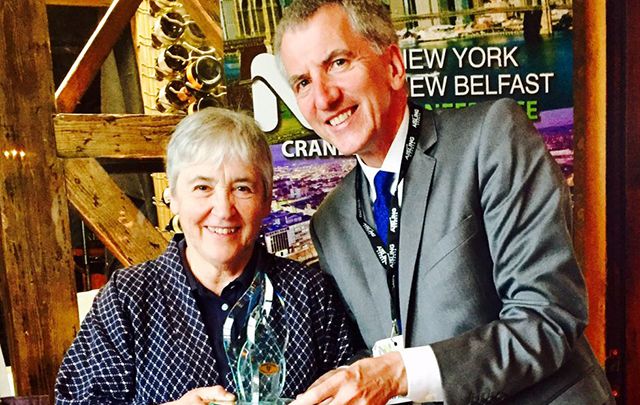 The New York New Belfast conference sprung into life last week at the American Irish Historical Society on 5th Avenue with a mix of local and Irish talent warming the crowd for the day of discussion that lay ahead.

West Belfast actress Geraldine Hughes read a poem she had written about life growing up in the Divis apartments there.

The following day the conference discussed efforts to increase the tourism in Belfast: whereas tourism accounts for 9% of the Republic of Ireland’s GDP, in Northern Ireland it is only 5%, meaning there is the potential for growth in the sector.

A second panel considered “Nurturing Talent in a Fast Changing World” which saw a number of young men and women from Northern Ireland, but living in New York, talk about their own experiences in the world of work.

A panel on Northern Ireland’s future post-Brexit featured a diverse range of views on the topic with pessimism represented alongside cautious optimism.

The conference concluded with a talk on urbanization with the various choices Belfast faces as its population continues to grow.