Leading US companies with investments in Ireland will get their first major public opportunity to discuss the impact of Brexit on their operations at the New York-New Belfast conference in the Big Apple this week. 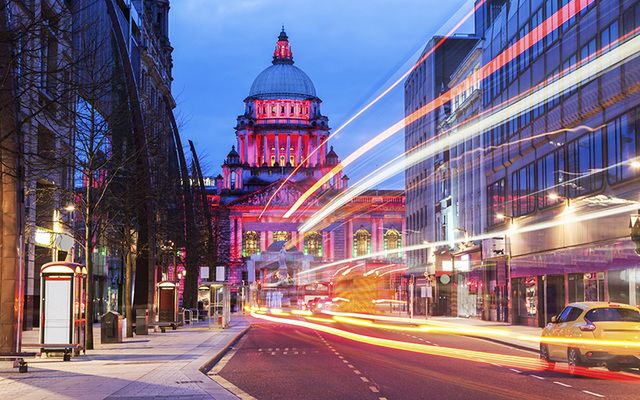 Leading US companies with investments in Ireland will get their first major public opportunity to discuss the impact of Brexit on their operations at the New York-New Belfast Conference in the Big Apple on Thursday and Friday of this week.

With negotiations between the UK and the 27 EU states poised to begin in the autumn, all eyes are on Northern Ireland and the likely effect of a British exit on US companies there, says Conference honorary chair Leo McGuire.

"Among the blue-chip American companies with major investments in Belfast are CME of Chicago, Liberty of Boston and CitiGroup of New York. All these companies are putting in place Brexit contingency plans even as they deal with the immediate fallout in terms of currency fluctuations and cross-border movement of goods, services and people. But the real issue preoccupying all US companies, large or small, with investments is the climate of uncertainty since the Brexit in June 2016.”

Some of the biggest US companies brought to Northern Ireland by foreign direct investment agency Invest NI have the vast majority of their customers in the US rather than the UK. However, other companies, including indigenous pharma giant Almac, which also boasts operations in Pennsylvania, recently decided to make fresh investment in Dundalk rather than at its Portadown, Co Armagh, base in order to minimize the blowback from Brexit.

New York-New Belfast delegates who gather at Pier A, Harbour House, on the tip of Manhattan on Friday, June 16 for their eighth annual gathering will also hear from companies that are committed to seizing the opportunities afforded by an abundance of talent and the competitive cost base in Northern Ireland. They include Unosquare of Portland, OR which is set to build a major software hub in Belfast.

A highlight of the conference is the Ireland-US Top 50 Luncheon – addressed by KPMG Chief Economist Constance Hunter – which will recognize companies with transatlantic operations and hear from conference partners including KPMG and Mastercard as well as NY State Representatives Mike Cusick and Mike Fitzpatrick.

IrishCentral will be streaming live video from the conference on Thursday evening and Friday morning via their Facebook page.

The US-Ireland Top 50 Companies will also be announced at the New York/New Belfast conference, honouring 50 major companies with operations in the US and Ireland.

With a focus on the transatlantic operations building bridges between our two great nations, the awards laud those bringing business in Ireland to global heights and in doing so are embedding the peace for future generations.

The tenth annual celebration will be addressed by Constance Hunter, Chief Economist of KPMG and Daniel Dromm, NYC City Council member and Chair of the Education Committee, and takes place as part of the two-day New York/New Belfast conference. This prestigious event spotlights the progress and prosperity being built by the citizens of the two great cities of New York and Belfast, and looks optimistically to the future while celebrating our shared past.

Movie makers, scientists, tech companies and engineers have been among those who have received the plaudit in recent years for their high performing operations in both territories. They have included the all-conquering production company, HBO; leading law firm, A&L Goodbody; pioneers in scientific imaging Andor Technology and the New York Stock Exchange.

This year's US-Ireland Top 50 has proven to be just as illustrious with Northern Property, Belfast, Norwegian Airlines, NY and Bank of Ireland, USA just some of the companies recognised for their success.

Editor of the Irish Echo, Ray O’Hanlon, who will host Friday’s event, said the awards were an acknowledgment of the unique bonds between the two nations.

“The unmistakable and unbreakable bonds between Ireland and the United States have proven a key element in Ireland’s progression, both in terms of peace and prosperity. Those bonds grow ever stronger when underpinned by economic growth and business relationships. With the Ireland-US Top 50 we acknowledge those companies whose transatlantic operations support that ongoing development and welcome them to this illustrious list of business beacons.”