The death toll rises to over 200 as Mexico is hit by a second earthquake in less than a month. 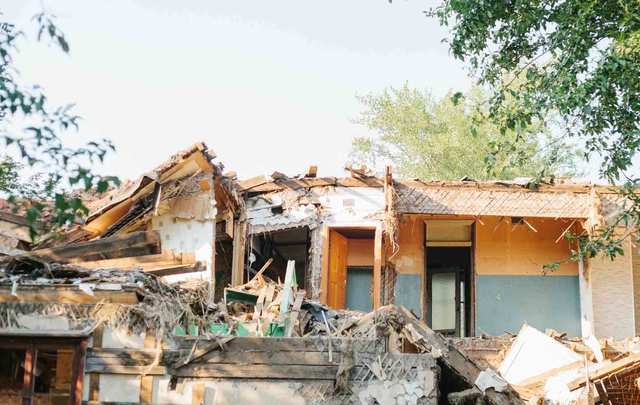 Mexico City earthquake kills at least 117 in the capital as the search continues for those trapped under the rubble. iStock

The Mexico City earthquake, the second to hit Mexico so far in September 2017, struck on the 32nd anniversary of a 1985 quake that killed over 10,000.

An Irishman caught in the catastrophic earthquake which hit Mexico City yesterday has described how family members are texting those trapped under the rubble, hoping to establish their whereabouts in a race against time before their phones die. Speaking to RTÉ radio, Adrian Feeney stated that buildings are still falling within the country’s capital, home to 20 million people, as the search continues for those trapped under collapsed buildings.

"My wife’s Facebook media posts are just full of people looking for their missing relatives...a lot of people are under rubble, sending messages about exactly where they are," he said.

People formed human chains to reach others who were trapped.

"There are people whose batteries are running low which means they won’t be able to contact anyone and they are trapped,” Feeney continued.

“After the initial quake took place a lot of people ended up going to the park as there was a smell of gas. Sirens have been going off for the last twelve hours.”

Over 200 people are reported dead after a 7.1 magnitude earthquake hit Mexico City on Tuesday afternoon, just hours after sirens rang through the city as authorities conducted an earthquake drill. The quake hit exactly on the 32-year anniversary of Mexico’s deadliest ever earthquake, a 1985 quake that devastated Mexico City, with locals hoping for the memory of the tragedy to pass quietly.

See the moment children were discovered and rescued from a school after a 7.1M earthquake hit near Mexico City https://t.co/fTxSCzPU61 pic.twitter.com/HvPfPb5l5H

With the death roll in September 2017 rising to 224, 117 people killed in the capital alone, more names are expected to be added to the list as emergency services rush to rescue those trapped under the rubble.

Read more: The Irish rebels who fought against the U.S. in the Mexican-American War

At least 217 people have died in the Mexico City earthquake. 22 children were killed when this school collapsed. pic.twitter.com/F3Jw1KlgdN

Among the dead are 21 young children and four adults crushed beneath a primary school, with a further 30 children and eight adults still missing as rescue operations search through the remains of the building. One child has been found alive among the ruins, with soldiers administering oxygen but so far unable to remove him.

Mexican President Enrique Pena Nieto rushed to the site of the school yesterday and has issued a video message to the city’s population and the surrounding affected areas asking for calm.

The head of Mexico's civil defense agency, Luis Felipe Puente, revealed that 55 people died in Morelos state, just south of the capital, while over 100 died in Mexico City and 32 died in Puebla state, the location of the earthquake's epicenter.

President Pena Nieto also revealed that 40 percent of Mexico City and 60 percent of Morelos state have no electricity as damaged hospitals have been asked to evacuate their patients to safety.

The US Geological Survey (USGS) announced the magnitude 7.1 quake was centered near the Puebla state town of Raboso, about 76 miles southeast of Mexico City.

Less than two weeks ago, a major earthquake killed at least 90 people in Mexico’s south.