Mexican does the impossible in Northern Ireland and swims to Scotland

Only six people had successfully swum the Oceans Seven, the crossing between Ireland and Scotland is considered the hardest, can this man make it? 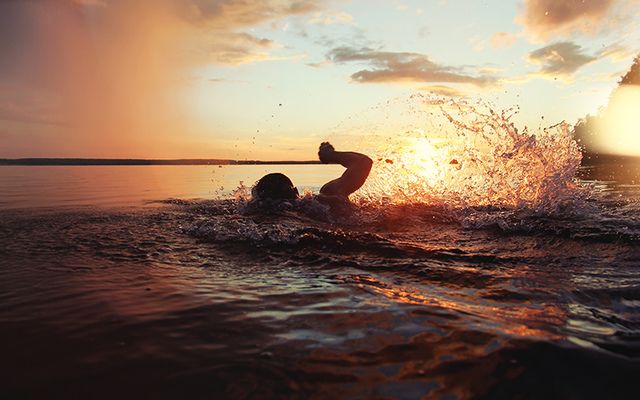 Antonio Argüelles will he be the first Latin American ever to complete the Oceans Seven. iStock

A Mexican man plunged into the grey-blue Irish Sea, flicked his legs in rapid succession and bent his goggled gaze towards the Scottish coast some 21 miles in the distance.

“It’s not easy so it’s not,” is a very Ulster phrase but that’s why so many train years and years for it.

58-year-old Antonio Argüelles signed up three years ago to swim this daunting stretch of water that makes up one of Oceans Seven; he’s already completed six and one more grueling crossing will mark the completion of the task.

Each swim had its own challenges: the Strait of Gibraltar is full of ships and the Cook Sound in New Zealand is home to sharks.

But this swim was different and presented him with a new, unwelcome difficulty.

“I’m from Mexico,” he told the New York Times.

“We don’t have cold water.”

It was in warmer waters that he discovered his passion for swimming: aged nine, a Mexican swimmer became the first man to win an Olympic  Gold Medal, something that stirred a passion within him.

When his father died, he took to selling goggles and caps at competitions and a worker at Speedo took the young sportsman under his wing.

He missed out on the 1976 and 1980 Olympics narrowly but became interested in long-distance swimming, the very passion that brought him to a rocky Irish beach.

Olympics gold medals are rare, but if he makes it to Scotland he’ll be part of a still more élite club: not only will he be the first Latin American ever to complete the Oceans Seven but he’ll be only the seventh person in history to complete the grueling task.

But first the Irish Sea must calm: even in July, it is, by Mexican standards, like an ice bucket, full of jellyfish and unpredictable.

“All things considered, North Channel is the most difficult because of the cold water, jellyfish, and tidal flows,” Steven Munatones, founder of the World Open Water Swimming Association, warned. “The currents and winds fluctuate.”

Despite spending ten of thousands of dollars training and waiting years for his chance, there was no guarantee that conditions would be good enough to make the crossing and he has a one week window before it’s someone else’s turn to have a go.

Uneasily he waited, the waves rolling into a beach Donaghadee, Co. Down as the time ticked away.

On Thursday, he got the news he was hoping for and at seven in the morning he pulled his cap on, fingered his goggles into position, stripped to swimwear and coated his skin with petroleum jelly and zinc oxide.

#news #sport In a Swimmer’s Two-Year Quest, a Final 21-Mile Challenge: On Thursday, Antonio Argüelles, 58, of Mexico set out to… #sports pic.twitter.com/3VbC9R1V6r

There was no wetsuit as he plunged in, a boat from the Irish Long Distance Swimming Association trailing him from a safe distance.

Every half an hour he would stop and tread water; his support team would throw him some water and occasionally a few spuds. All under the watchful eye of the supervisors, there to be sure no contact between them was made.

Thirteen and a half hours later he kicks himself to the shore to celebrations: a small milestone in history has been made and a personal goal completed.

“Three times in my life,” he declared on the boat back to Ireland.

“I have been this well prepared for an event: the Olympic trials in 1976 and 1980 and today. I never made the Olympics, but today I redeemed myself.”