A fellow passenger saw a Mexican man traveling with a fair-skinned little girl and assumed the worst. 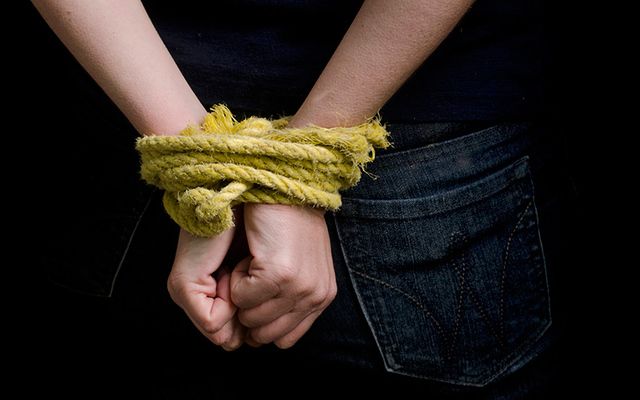 United Airlines is back in the hot seat after calling authorities to a flight from Mexico believing the child of an Irish-American woman and Mexican father was being abducted by the father.

Maura Furfey, the Irish American mother, has described her horror after her husband was accused of being a child trafficker; the woman’s husband was flying back from a week-long vacation in his native Mexico with their three-year-old daughter when a fellow passenger told the airline she thought the girl had been abducted.

In an article for the Huffington Post, Furfey wrote that she and her husband both look similar to their daughter – “she has dark hair and almond eyes with white skin.”

But all one passenger saw was a white-skinned little girl with a Mexican man and assumed the worst.

She reported her “concern” to the cabin crew and when the plane taxied into the airport four officers from Port Authority and Customs and Border Protection (CBP) were waiting for him. They told him to follow them and hurried the pair from the plane.

With hindsight, the woman writes, it was clear that the woman was behaving strangely. Although, at first, she seemed friendly, “my husband noticed her strange obsession with our daughter, sometimes throwing her body over his to try to engage my daughter.”

Once alone the officers reeled off questions: Where was his daughter born? Who had been present at the birth? Where had her birth certificate been issued?

Their daughter began to cry.

At that point they rang the little girl’s mother to corroborate her husband's answers and only when she was able to give identical responses were they satisfied her husband was not a kidnapper.

The CBP said they were required to act whenever worries about child abduction were raised with them and they had no plans to investigate the accuser’s mental health.

A complaint to United Airlines resulted in an apology and a $100 voucher – something the woman says she can’t use as her family will never fly with the company again.

Instead, she wants the airline to re-evaluate its security procedures. “A simple check of the passports,” she writes, “or flight records would clearly show that there was no problem in this situation and would have prevented the drama and stress that it created.”

The entire experience, she insists, has been “terrifying … To be escorted out of the plane by security officers and interrogated in that way. To receive a phone call from a man asking me where my baby had been born. To then be accompanied by more officers in order to find my husband and daughter, who were still being held in security, even though the case had been “dropped.” In this hateful political climate, we have been prepared, or so I thought ― but we could never have been prepared for this.”