Timothy Patrick Kelly joined the US Army after emigrating from County Cork. His daughter is now attempting to track down two childhood friends who wrote to him while he served in Korea. 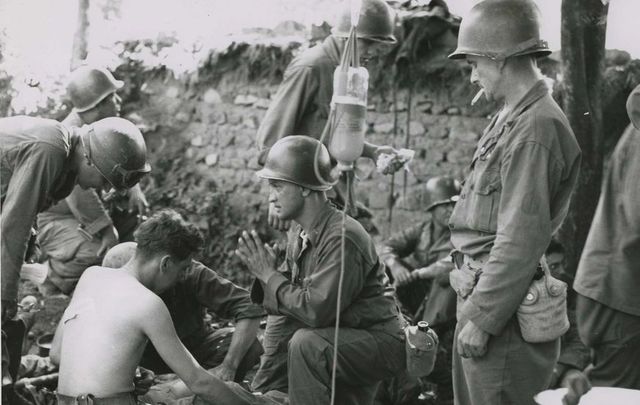 US soldiers receiving medical care during the Korean War. National Museum of Health and Medicine / CC

An American woman is seeking to locate the families of her Irish father's childhood friends so that she can return two letters sent to her father while he served in the Korean War.

Timothy Patrick Kelly of Pullincha, from Beara in County Cork, joined the Irish Army at the age of 18 before emigrating to New York and joining the US Army.

His daughter Debbie Kelly is now attempting to track down the families of two friends who sent him letters while he served in Korea during the 1950s.

Timothy ‘Frank’ O’Neill and Donal Harrington, Kelly's childhood friends from Beara, also served in the Korean War and sent him letters during the three-year conflict. Both Harrington and O'Neill sent numerous letters to Kelly throughout the war, but Harrington was tragically killed during the conflict.

Debbie Kelly is now attempting to locate the families of the two men so that she can return the letters.

"I came across several letters from both men to my father which he had kept all these decades. The letters are heartbreaking in places, but also full of fun and reminiscing," she told the Southern Star.

Debbie has been attempting to track down the two families for years since her father's death in 2012. She believes that it would make her father very happy if the letters were returned to the men's families.

"I am trying to trace their descendants to return these letters to the families as I feel they should have them. I think that would make both my father and the families very happy. I have had no luck with tracing them via Facebook," she said.

She told the Southern Star that she believes Donal Harrington's family is still in the Beara area, while she thinks that Timothy O'Neill settled in Cork City after returning from Korea.

"It would mean the world to me if I could make contact with Donal’s and Timothy’s families."