Johnny Logan and the Irish Chamber Orchestra recorded a cover of "Driving Home For Christmas", with proceeds going toward Parkinson's Association of Ireland. 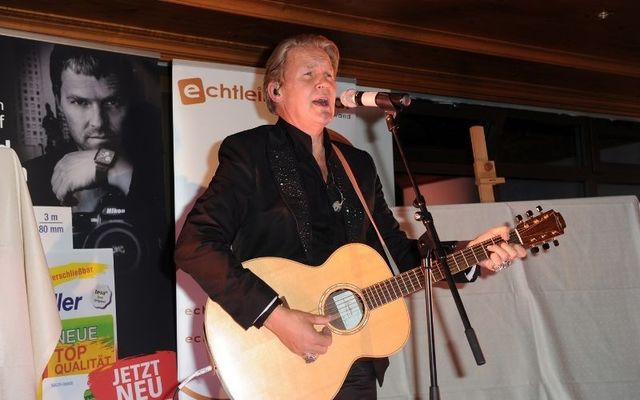 Logan has teamed up with guitarist Jimmy Smyth and the Irish Chamber Orchestra (ICO) to record a reimagined cover of Chris Rea's 1988 hit "Driving Home For Christmas".

Proceeds from the single, which is on sale for €5, will go toward the Parkinson's Association of Ireland and will additionally support Irish Chamber Orchestra’s free education and social development projects.

The proceeds will enable the ICO to continue its work with more than 300 children in Limerick City every week through its "Sing Out With Strings" and "Irish Chamber Orchestra Youth Orchestra" initiatives.

The single is dedicated to Healy, who wrote the Eurovision-winning song "What's Another Year?" for Johnny Logan in 1980.

Artist Robert Ballagh has designed and created the artwork for the single, while there are also 78 limited-edition Gicleé prints available to buy at the ICO's online store. The number 78 represents Healy's age at the time of his death.

Ballagh's original artwork for the charity single is set to go up for auction in the near future to help raise more funds for the ICO, the group said in a press release.

Click here to buy the charity single, the limited-edition prints, or to find out more about the upcoming auction.