Irish community take to the water in honor of Kerry woman

The anniversary of a beloved community member from County Kerry led to people all over the world jumping into the sea and raising money for hospice care. 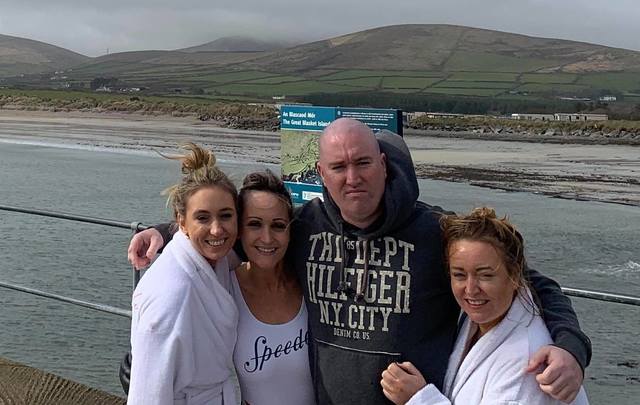 Last year Betty Ryan from the small village of Ballyferriter, in County Kerry, passed away after a long battle with illness. For her anniversary, friends and family from all over the globe swam or took a dip in the sea.

Originally from Dublin, Betty and her husband Denis moved to West Kerry in 1987, along with their four children. She quickly became intertwined into the creative and artistic community on the Dingle Peninsula and taught pottery classes and sang in the Dingle Gospel Choir. Betty had a deep love for the outdoors and she enjoyed swimming in the Irish sea, playing tennis, and hill walking.

For everyone who knew and loved her, it came as a deep shock when Betty was diagnosed with a rare form of blood cancer. She passed away peacefully surrounded by her family in the West Kerry Hospice. For someone who championed the Irish language, culture, and traditions she could not have picked a more appropriate day than St. Patrick’s Day to pass away. 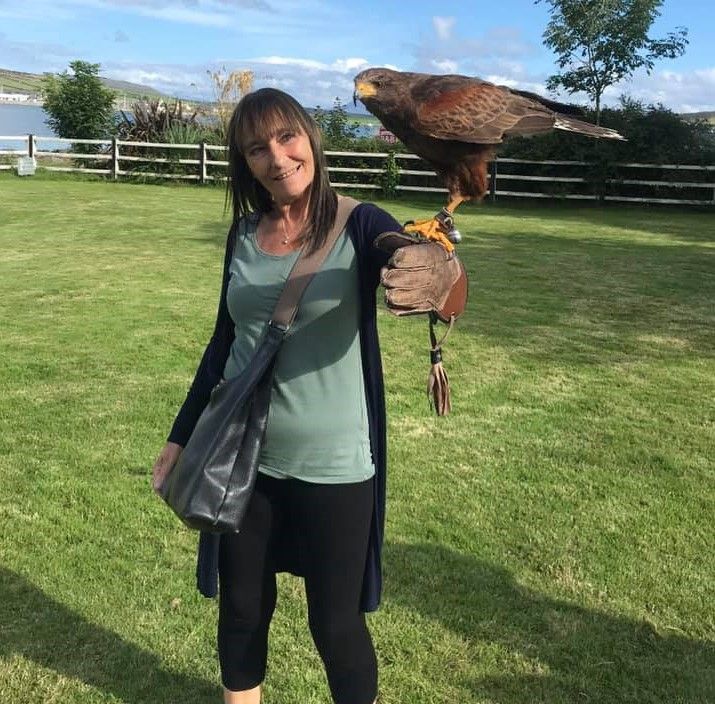 Betty Ryan had a great love for the outdoors

Her funeral was one of the first under the new pandemic restrictions and the new way of life of limiting the number of people attending a funeral. In an incredible act of solidarity, the community from the small village of Ballyferriter, silently paid their respects by standing two meters apart and lining the country road leading to the church. This powerful gesture was caught on camera and led to the story being covered by The New York Times.

Now a year on from Betty’s passing her family and friends wanted a way that they could safely mark her anniversary, especially for those who couldn't be together due to the current travel restrictions. Never forgetting her love for the outdoors, the weekend before St. Patrick’s Day an idea was formed that was named a ‘Dip for Betty’. Friends and family were asked to go for a swim in the sea on March 17 in memory of Betty and a JustGiving page was set up with all donations going to the Kerry Hospice Foundation. The compassion and care Betty and her family received here during her final days, is something her family has never forgotten. 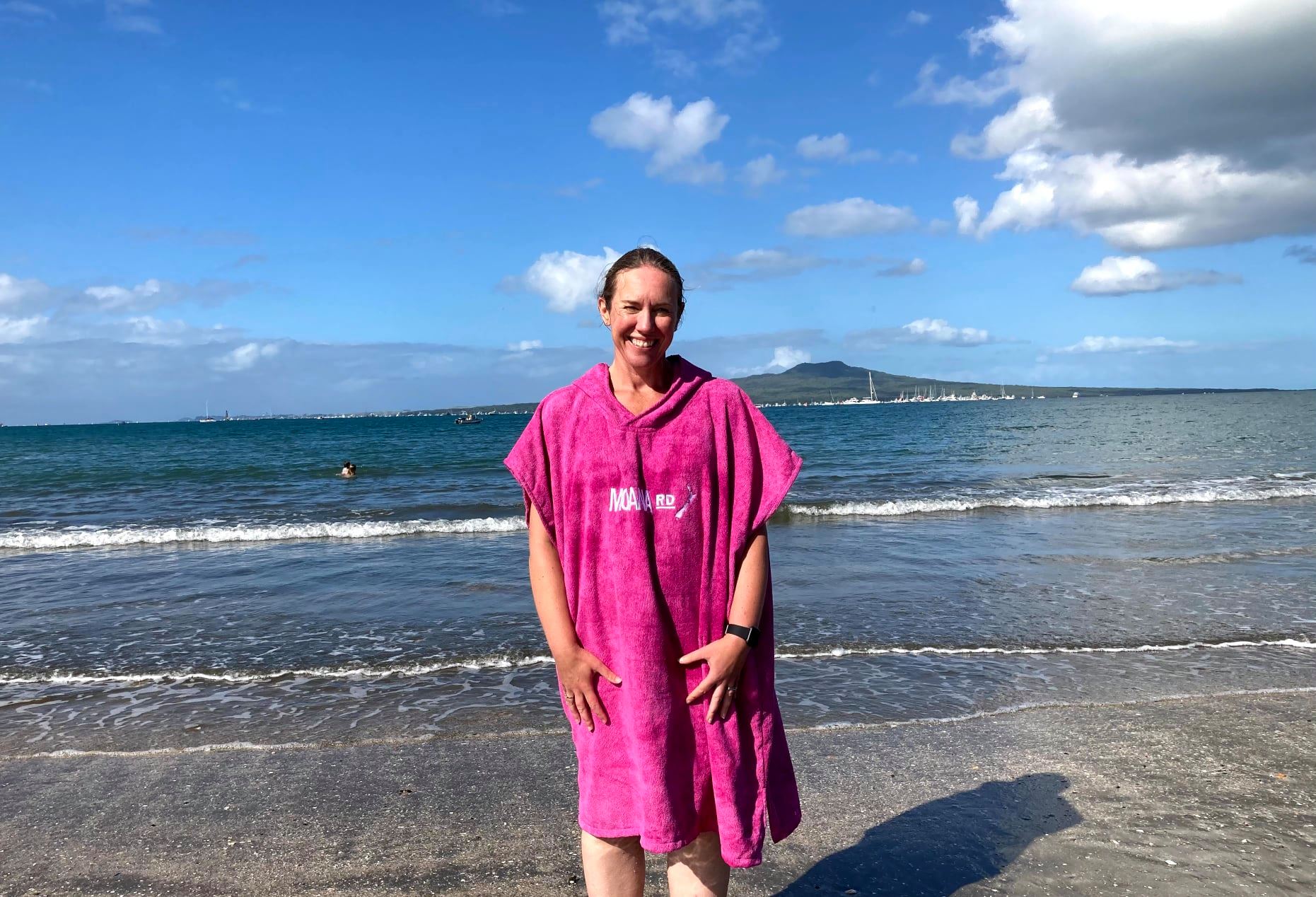 The idea grew momentum and on the day people from around Ireland, Colorado, England, and even New Zealand jumped into the sea. Photos were posted on the Facebook page using the hashtag #ForBetty and within hours donations started coming in. 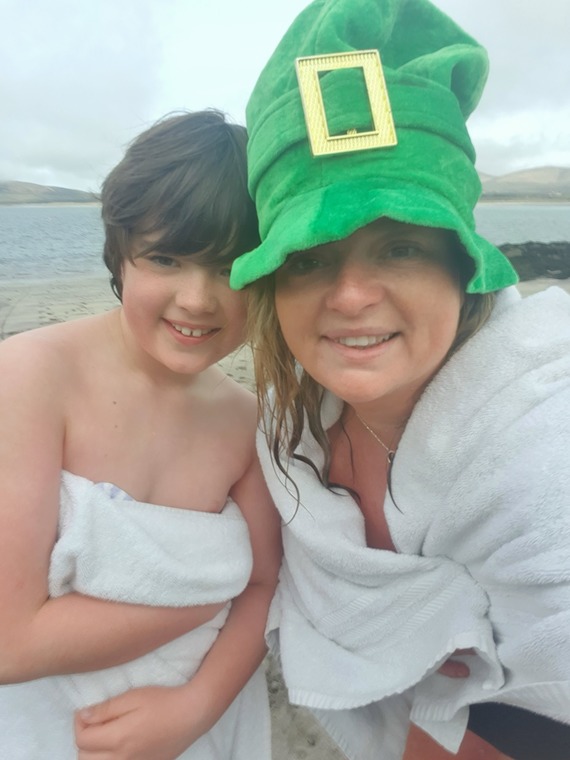 Sinéad Eadie and son Gaib after swimming in memory of Betty

The original goal of the fundraiser was to raise €500 euro, but the kindness and generosity of people has led to nearly €1,500 being raised in less than a week. The Ryan family would like to give a sincere thank you to everyone who took part in a 'Dip for Betty' and to everyone who donated to the fundraiser. Like so many families they hope they can all meet again and raise a glass to Betty when it safe to do so. 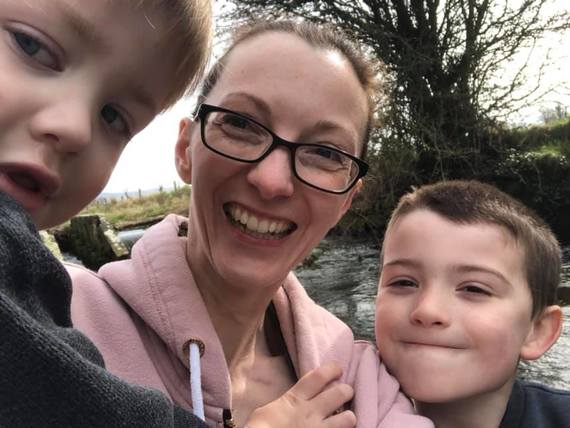 All money raised will be going to the Kerry Hospice Foundation, a voluntary organization that helps provide funding and support for palliative care services in County Kerry. If you would like to learn more about the 'Dip For Betty' or if you wish to donate you can click here.