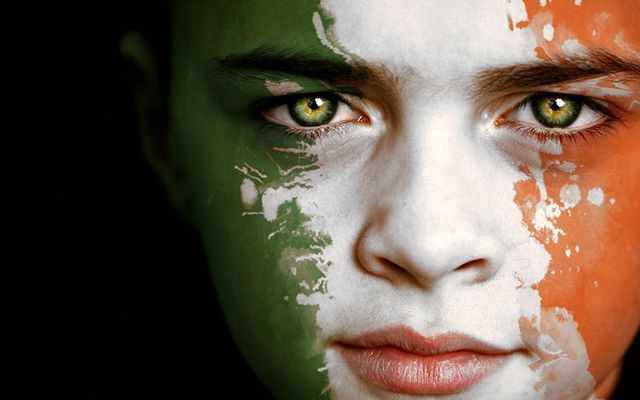 Do you have a personal story of travel and adventure, of making a new life overseas? Are you from Galway? Why not take part in the Galway Tribal Diaspora Project. Getty

A new online initiative, the Galway Tribal Diaspora Project, aims to tell the stories of Galwegians who left Ireland to begin new lives far from home.

Calling all Galway natives scattered across the globe! Do you have a personal story of travel and adventure, of making a new life overseas? Well, an exciting new online initiative called the Galway Tribal Diaspora Project would love to hear from you.

Whereas many people look to the West of Ireland to find out about their roots, this project aims to provide an insight into the lives of present-day Galwegians who left their native land to begin new lives far from home.

The idea is to put the stories of 50 emigrants into an online exhibition and to foster a greater connection between Galwegian exiles and their native city and county.

So far, 25 people have joined the project, from Cardiff to Canada and the United Arab Emirates to the United States. The only stipulation is that those who take part in the project must be natives of the City of the Tribes, or the countryside, who have moved overseas.

For generations, Galwegians have left home in search of fame, fortune, adventure, or just a decent standard of living which may not have been available at home. This exhibition allows them to tell their stories in their own words.

“The majority who left did so for economic reasons, but people left for other reasons too,” says Michael Quinn of the Galway Civic Trust, who runs the project with just one volunteer, Nicola Devers.

“A lot of projects are based on second and third generation Irish, but we felt that the current generation of emigrants had stories to tell. You know when you are home for Christmas and you meet someone and the kind of chat you would have with them. People love those kinds of stories and they love connecting with each other again.” 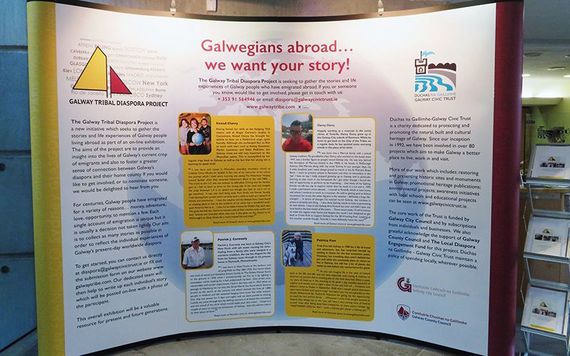 Posters on display at the launch of Galway Tribal Diaspora Project.

Michael has testimonials from three waves of emigrants. In the 1950s and again in the 1980s, people left Ireland because there were so few opportunities at home. In 2008, after the economic crash, a new generation took off for destinations such as Australia, Canada, and the Middle East.

Others just left because they wanted a life of adventure.

“The website is the driving force for the whole project. It hosts the stories and draws people into the project as well. We try to build up a bit of a relationship with them. Americans can be proud of their achievements, but sometimes you find that the Irish are a bit too modest and you have to draw the information out of them,” says Michael.

“The best testimonials we get are when people are back in Galway and we get a chance to sit down with them, put on the tape recorder, and let them talk. This is living history, about what Galway people are doing now all across the world. We are still looking for submissions. We have about 25 now and we are hoping to reach the magical 50 mark!”

The entire project can be viewed online at galwaytribe.com. Michael has also put on a couple of ‘physical’ exhibitions, such as in the departure lounge of Knock Airport, when the reaction of the traveling public was overwhelming.

If you have a friend or family member who would be interested in taking part, you can email Michael at diaspora@galwaycivictrust.ie or fill in the online application form at www.galwaytribe.com.

For now, Irish Central has selected five case studies from the website to give our readers a sample of the participants’ stories.

*  Ciaran Tierney won the Irish Current Affairs Blogger of the Year award at the Tramline, Dublin, last month. Find him on Facebook at facebook.com/ciarantierneymedia on Twitter @ciarantierney.