A roundup of Ireland's GAA news: Dublin piling up the losses; Kerry looking good; Tyrone Gets First Win; Results from Division 2, 3, and 4. 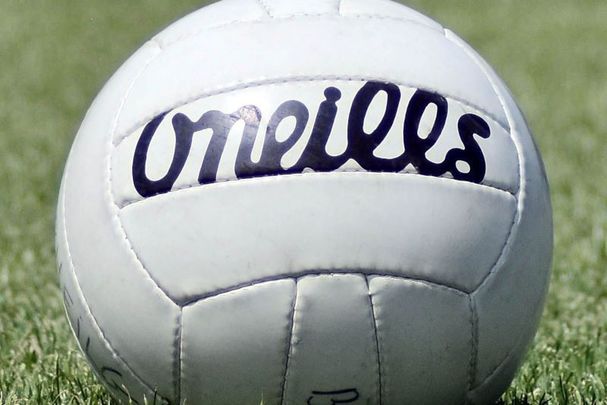 Dublin Piling Up the Losses

More cracks appeared in the Dublin armor as Mayo left Croke Park with a merited 2-11 to 0-12 win in their Allianz National Football League fixture on Saturday night as Dessie Farrell’s side tasted defeat for the third time on the trot in Division 1 this season.

All over at Croke Park. Hard luck lads ?#UpTheDubs pic.twitter.com/4cV31oQhz6

Nor surprising the critics and pundits are having a field day with Farrell, forced to deny his team is in crisis mode as many predict their fall from grace to end with relegation to Division 2 as their worst start to a league campaign since 2001 continues.

With three of their remaining four NFL games away from the former comforts of Croke Park, starting with Sunday’s trip to local rivals Kildare, Dublin is up against it right now as acknowledged by their legendary former midfielder Ciaran Whelan when he spoke as an RTÉ pundit on Sunday night’s league round-up show.

Asked where Dublin stands right now, less than two years after winning their sixth straight All-Ireland title, Whelan admitted, “It’s hard to look for positives. The positive is that they’ve a few key players left to come back, but their stock is rising and they’re not even playing. On top of that Dessie is blooding new players.

“The concern for me is that they’re lacking a bit of structure, defensively and going forward. It’s beginning to affect the confidence and the flow of the team. Ciaran Kilkenny and Brian Fenton were brilliant last night in terms of their leadership, but they’re struggling to have a plan in their movement up front. There are no options in terms of the variety that they’re trying to play. They’re very slow and ponderous and teams have sussed that out.”

Fellow RTÉ panelist and Kerry legend Pat Spillane was even more forthright with his judgment of the Blues.

“I see a team that’s mentally not sharp, physically tired, their decision making is poor, their skill execution is poor,” said Spillane, eight times an All-Ireland winner himself.

“I was that soldier. You have your All-Ireland medals in your pocket so what more have you to achieve? It’s just another medal.

“In professional sport, the incentive is the more you win, the more you get paid. In amateur sport, like the GAA, it’s just another medal. You know what’s ahead of you for the year, you know about the sacrifices, you know about parking your life, but unfortunately, the longer you’re at it you’re taking shortcuts.

“You’re not giving 100 percent. You might give 99.5 percent. That’s not good enough and that’s what’s happening. There’s a danger here that they might disregard league performances and say that everything will be alright for the championship.

“I see a team that’s been on the road a long time and they’re similar to us in 1986 in that there’s no new talent coming in to replace the fella that’s left.”

Even Farrell had to admit his is a team in transition after Saturday’s defeat to Mayo followed similar outcomes against Kerry away and Armagh at home following the retirement of so many long-established players over the winter.

“We have just got to have faith in our approach, in our plan and stick to the plan and take it game by game, practice session by practice session and keep trying to learn and grow as a team,” said Farrell. “In that mode of transition, it’s always going to be a challenge to try and be as competitive as you can and that’s the name of the game for us.

“We’ve a couple of months and we have our sights set on what will happen this summer and whether we’ll be good enough or not, it remains to be seen. But everyone is working towards that plan. All I can say is the young lads we’ve taken in, they understand they’ve a lot to learn but I’ve been really happy with their attitude. They’re keen and eager and it’s a big, big step up.”

For Mayo goalkeeper Rob Hennelly the fact that Saturday night’s win in Dublin’s backyard didn’t come as a surprise was proof of how far his team has progressed over the last 18 months as they continue to build for that elusive All-Ireland breakthrough.

“For the time of year, it’s going well. It’s nice to get a run of games like this. Obviously, we snuck a point out of the first game, every game in Division 1 is tight. We were under pressure for the last five minutes against Dublin so it’s keeping building on it, getting the squad more game-time and taking it one game at a time and see where we go from there.”

Mayo manager James Horan added, “I am pleased with the manner of the victory. We said before the game that there would be a lot on the ground, a lot of skidding ball and that kind of stuff, and we won the majority of that tonight.

“There was good intent, I think, from the players and we got enough possession to score, we took our couple of goal chances and that gave us the blanket. We gave a lot away in the second half but overall, contests on the ground, I was very pleased in that regard.”

Kerry made it five points from their opening three games as the league leaders scored a 1-13 to 0-7 win over Donegal in Killarney when they scored all bar two points of that tally with the huge wind behind their backs in the opening half.

Donegal were again without Michael Murphy and Caolan McGonigle with mixed reports on their injuries from manager Declan Bonner after the defeat in Fitzgerald Stadium.

“Caolan McGonagle is going to be out for the rest of the league,” said Bonner. “Caolan has been one of our mainstays in the middle of the park for the last couple of years. Unfortunately, he picked up a hand injury against Kildare and it is more serious than we thought so he is going to be out for a period. Hopefully, we can get him back on time for the championship. Michael Murphy, we’re just waiting to see and we are not going to be rushing him.”

All-Ireland champions Tyrone secured their first win of the new league season with a narrow 2-7 to 0-12 victory over Kildare at Healy Park when second-half goals from Conn Kilkpatrick and Darren McCurry made all the difference.

Armagh made the most of a red card for Monaghan’s Conor McManus and a black card for his teammate Dessie Ward early in the second half of their game at the Athletics Ground, the home side coming from five points down to secure a 1-7 to 0-10 draw with the Farney.

Our Seniors dig deep to claim their first win of the season ??#AllianzLeagues pic.twitter.com/RAG9O6GCjB

Meath finally got off the mark in Division 2 of the Allianz NFL but they had to be content with a 2-6 to 2-6 draw at home to Down in Pairc Tailteann on Sunday, Jordan Morris grabbing a late equalizing point before Caolon Mooney missed two chances to win it for the visitors in added time.

An impressive second half helped Derry to a nine point win, 1-13 to 0-7, against Cork in blustery and wintry conditions at Owenbeg where Shane McGuigan scored eight points on his return to the team.

Roscommon and Clare finished level, 0-9 apiece, at Dr. Hyde Park, while the game between Galway and Offaly scheduled for Salthill was called off less than two hours before throw-in due to stormy weather conditions on the west coast.

MICKEY Harte’s Louth recorded their first win of the Allianz NFL Division 3 season with a 1-14 to 1-12 win against hosts Limerick on Sunday while Antrim were 2-10 to 1-7 winners over Wicklow in Belfast. The games between Westmeath and Longford and Laois versus Fermanagh fell victim to the weather.

Division 4 action saw London maintain their impressive and unbeaten start to the campaign with a 2-5 to 0-9 win over Leitrim indoors in the Dome at the Connacht GAA Centre of Excellence with James Gallagher grabbing both goals for the Exiles.

Carlow beat Waterford by 2-12 to 2-8 at Dr. Cullen Park while Cavan vs. Sligo and Wexford vs. Tipperary were both postponed.

*This roundup first appeared in the February 23 edition of the weekly Irish Voice newspaper, sister publication to IrishCentral.