Plus: Fitz’s fury over Covid, Limerick secures promotion, and Kildare and Meath to meet 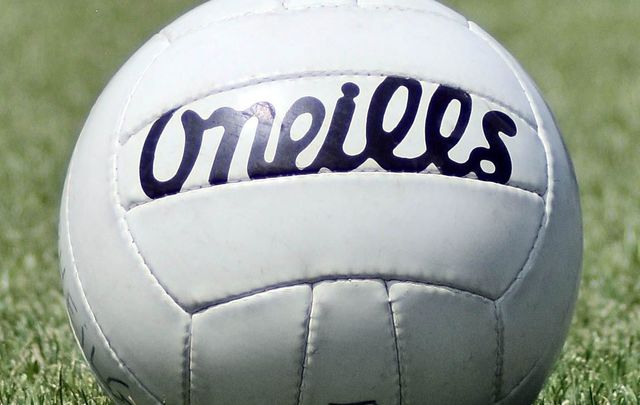 A roundup of GAA news.

A roundup of GAA news this week from across Ireland.

Galway manager Padraic Joyce launched a potential war of words with relegation playoff opponents Monaghan immediately after Sunday’s defeat to Dublin in Tuam ensured his side will need a win to maintain their Allianz NFL Division 1 status for next season.

Joyce is annoyed that Monaghan will host the relegation dogfight on Sunday, June 20 after breaking strict government and GAA rules on training during the recent Covid-19 level five lockdown.

Speaking after the 2-16 to 1-15 defeat to Dublin in their final Division 1 South group game on Sunday, Joyce expressed his unhappiness that the ban on Monaghan hosting league games due to their indiscretions has ended ahead of the playoff.

“I’m just after being told it is away because they had no home games and we had two home games so they are being rewarded for breaking a curfew and I find that unbelievable to be honest,” said Joyce after Sunday’s game.

“It’s a joke if you ask me and I don’t know how Croke Park came up with that solution to play in Monaghan. We will play wherever it is on but I think it disrespects the whole system and the whole Allianz League if you are going rewarding a county to get a home vital game when you broke the rules.”

Galway will go into the Monaghan match without Damien Comer who is now a doubt for the championship after he picked up a hand injury in the win against Roscommon last week.

“He is one of our better players so it is a huge injury blow. He is going to be out for three, four, or five weeks. He did his thumb last Sunday against Roscommon, he played on with it in the second half, but he has taken the tendon off the bone,” added Joyce.

“This is his third year in a row so he needs some sort of break, at least it isn’t a muscle injury. He may be able to do some conditioning work. If he comes back in time he will just need the ball-handling skills to go with it.”

Dublin will now play Donegal in the semifinals of the league, with caretaker boss Mick Galvin satisfied with the second-half dominance that sealed the victory against Galway.

“Delighted with the result, performance I think is trending in the right direction, we’d be quite happy with it,” said Galvin, still standing in for the suspended Dessie Farrell. “We were a little bit off with our execution in the first half but the second half I thought we were much livelier and we got control of the game.

“It’s Donegal next. I saw bits of their games on the television over the last two Saturdays. For all the teams, it’s nice to get a couple weeks break now, a week off from the hard grind because three games in a row has been tough.”

Kerry boss Peter Keane offered his substitute Tadhg Morley some sympathy after his red card in the 2-15 to 1-12 win against Roscommon at Dr. Hyde Park in Division 1 South after he was sent off just seconds after his introduction for a 53rd minute foul on Ciaran Murtagh.

Morley will now miss the semifinal against Tyrone next week. “I don’t know if there is ever a good time for a sending off but it just so happened that you could organize yourself pretty quickly,” said Keane.

Donegal needed only a draw with Armagh, 1-16 apiece, at the Athletic Grounds on Saturday night to seal their semifinal date with Dublin, but captain Michael Murphy was missing again as he recovers from a hamstring injury and will remain sidelined for some weeks.

“We’ve a number of lads that picked up knocks in recent weeks. With Michael, it’s like any other hamstring injury, it’s nothing too serious. It just takes a couple of weeks to get it sorted out but Michael will be fine come championship,” said Donegal boss Declan Bonner.

“We have a semifinal coming up in two weeks but the focus has to be on the Ulster Championship in four weeks and hopefully get the injured lads back on the pitch. There’s a lot of competition for places.”

Armagh will now play Roscommon to avoid the drop to Division 2.  The final round three game in Division 1 North also ended in a draw, Tyrone booking their semifinal place despite Monaghan holding them to 0-14 to 0-14 share of the spoils ay Healy Park.

Davy Fitzgerald tried to close the door on the furor around his team’s Covid-19 positive tests and the fallout from their verbal spat with his native Clare after Sunday’s heavy 2-27 to 0-23 defeat to Kilkenny in their delayed NHL Division 1 Group B game at Nowlan Park.

Clare and Wexford have bounced attacks off each other after Clare players were identified as close contacts of Covid-19 positive members of the Wexford squad after their recent NHL game.

“The fact that you make so much out of it is pretty unreal,” said Fitzgerald on RTE after the 10 point defeat to the Cats. “I suppose you have to do your job but I’m a hurling man and I love the game and we’ll do our best at Wexford.

“I think from your side of view you’ve got to stop. We need to get back to hurling and everyone does. That’s all we’re interested in doing. From my point of view, there’s a lot more made out of stuff than needs to be - that’s being honest. We just need to get out and hurl.”

On the field, TJ Reid scored a whopping 1-18 for Brian Cody’s Cats who were dominated from start to finish against their neighbors and age-old rivals.

“We’re happy, we got the result on the back of a good performance, and that was good to see,” said Cody whose side led by 14 points at half-time.

“There was a strong wind out there for the second half, and obviously when we had the advantage of it as well. It was a question of making sure we kept concentration and kept focus. The work rate was very strong and that was the most important thing, definitely.”

Limerick spread the scoring across 10 different players as their 2-19 to 1-12 win away to Wicklow in the Allianz NFL Division 3 South game on Sunday booked them a semifinal date with Derry.

Promoted from Division 4 last season, Limerick will go up again with a win after the Aughrim victory.

“To come out of places like this and consolidate Division 3, you’ve got to have the bit between your teeth and the gumption in your brain to be ready for the battle,” said Limerick manager Billy Lee.

“I’m delighted for them, they’re young men, they’re trying to challenge themselves and they continue to do that.”

The second semifinal will see Offaly play Fermanagh while the relegation battles will feature Cavan against Wicklow and Longford versus Tipperary.

Mickey Harte’s Louth enjoyed their second win in Division 4 North, beating Sligo by 3-18 to 1-14 at Haggardstown while Antrim were narrow winners against Leitrim, 2-17 to 1-19, at Corrigan Park.

In Division 4 South, Carlow defeated Wexford by just a point, 2-12 to 2-11, at Dr. Cullen Park. Waterford will now meet Antrim and Carlow will play Louth for a place in Division 3 next year.

Kildare will face Meath in a derby game in the NFL Division 2 semifinals in Newbridge on Sunday, June 13 after the Lilywhites defeated hosts Laois by 2-18 to 1-8 in the third round of the South group fixtures, while Meath lost for the first time this season, going down 3-17 to 2-12 to Mayo in the Northern group in Castlebar.

Manager Jack O’Connor believes the game with neighbors Meath is a bonus match for his side as they look ahead to the championship summer to come and the chance of revenge against a Royals side who beat them by nine points last time out is an add on as well.

“The last time we played Meath we weren’t too happy,” Kerryman O’Connor told the media after the win in Portlaoise. “It’s a bonus to be playing a promotion game. Of course it would be great to get up to Division 1 but the most important thing was to get a win and avoid the relegation game.

Westmeath were beaten at home again in Division 3 North, this time by 0-13 to 1-9 by Down, and will now face Cork in a relegation playoff at Pairc Ui Chaoimh on Saturday, June 12.

Cork were 0-22 to 1-18 winners against Clare in the South group at Cusack Park but could still be relegated as could Down and Laois who will now meet in the other playoff game.