A round-up of GAA news, both football and hurling from around Ireland this week. 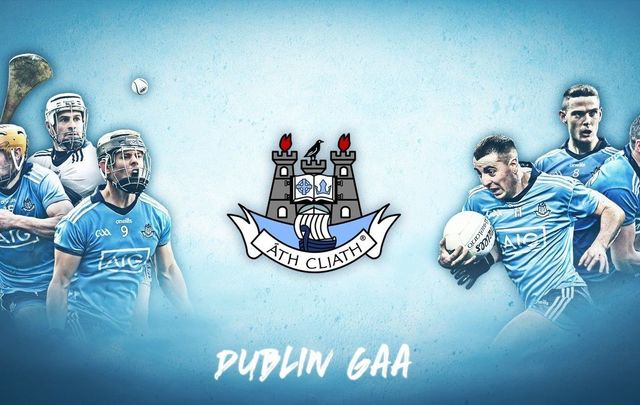 There was a new look to Division 1 as the Allianz National Football League kicked off last weekend, but it was the same old story in Dr. Hyde Park as Dublin made little of the absence of suspended boss Dessie Farrell with a 1-22 to 0-16 win over Roscommon in Sunday’s Division 1 South opener.

Cormac Costello was the star of the show for the Dubs as they carried on where they left off last season, with stand-in boss Mick Galvin delighted with the performance and the drive of his player after the Covid extended closed season.

Asked about the absence of Farrell, suspended due to his team’s COVID training breach, Galvin said, “It’s a very player-driven group we have here, and a great management team, so it’s kind of been business as usual. Yes, we miss Dessie around the place but I’m in contact with Dessie four or five times a day all my life so no change.

“The players were exceptionally impressive, to be honest with you. Talk about hitting the ground running. They were spot-on, ready for action, and they looked at championship pitch, to be honest. Historically a big game for Dublin, and we’re really looking forward to going down and seeing where we’re at.”

On a day when Dublin were awarded three penalties, Galvin and opposite number Anthony Cunningham agreed on one fact afterwards, that the new rules on trial in this league campaign are threatening to ruin the game as a spectacle with too many fouls being punished immediately.

Kerry also made a winning start to their Division 1 South season with David Clifford hitting a hat-trick of goals in a 4-21 to 0-11 win over Galway at Austin Stack Park.  Clifford’s skills were sublime as he shot 3-6 in total but was modest as ever when asked to describe the hat-trick afterwards and what inspired it.

“It’s hard to know, I played a bit of soccer in my younger days,” Clifford told eir Sport. “I was a center-half though so I don’t know where that came from but when they go in it’s always nice.”

Kerry boss Peter Keane was realistic rather than triumphant after the win. He said, “The boys were buzzing to get back when we got back, three and a half weeks ago on the field. I said the most important thing for Kerry at the moment was that we stay injury-free and that’s our priority.

“We’ve had no challenge games, we’ve only had three weeks coming in, we’ve picked up some injuries in that little period of time and now we are focusing on Dublin next weekend in Thurles.”

Michael Murphy was once again the star of the show as Donegal went to Tyrone and left Omagh with all two points in their Division 1 North clash, winning on a 0-18 to 0-16 scoreline to ruin a first day out for new Red Hand managers Feargal Logan and Brian Dooher as they lost defender Michael O’Neill to a second yellow card five minutes into the second half.

Donegal boss Declan Bonner said, “Any day that you go into Healy Park and get two points is a good day. I’m delighted with that. There’s plenty to work on of course after our first competitive game of the season but I thought there was plenty to like about it.”

Armagh opened their Division One North account with a 1-16 to 1-12 win over Monaghan at Brewster Park in Enniskillen.

LIMERICK hurling boss John Kiely appeared more concerned with the new rules introduced for the Allianz National Hurling League than he was about his team’s defeat to Galway on Sunday, even claiming that some Galway players were guilty of soccer’s sin of simulation to win easy frees in their 0-26 to 1-17 win at Pearse Stadium.

Like several other managers, Kiely is infuriated by the rule changes and said as much after a day when his team were awarded 14 frees but Galway won 22.

“The free count is, obviously we have to take account for the fact that I completely agree some of those frees are frees on our behalf -- hurleys late, late contact, maybe a hand left in, a hand high, absolutely,” said Kiely afterwards. “But when a player has the ball and they run at you and throw themselves on the ground, and they’re roaring and shouting, that’s embarrassing. And that’s not part of the game.

“Simulation, yeah, there were some clear examples of simulation there today, a couple were very embarrassing. None of us want to see that brought in as part of our game, you know.

“But having said that the referees’ interpretations of the rules and our understanding of that is at an all-time low in my opinion. We don’t really clearly know what it is we are expected to do.”

Kiely did have the good grace to admit Galway were the better team against the All-Ireland champions, but once again refereeing decisions dominated his post-match chat.

He added, “Unfortunately we’re in a position where we’re in now for two weekends in a row when we should have been talking about how great it is that the teams are back on the pitches and the quality of performances and so forth, we’re stuck unfortunately in this area where we’re discussing rules.

Waterford, 1-22 to 1-19 winners over Westmeath in their Division One Group A encounter, are next up for Limerick this weekend when the league champions have to win to keep their hopes of retaining the crown alive.

Tipperary drew 0-22 to 2-16 with Cork in an entertaining Group A game at Semple Stadium on Saturday, with Cork defender Mark Coleman saying it felt more like a defeat after they let a two point advantage disappear in added time.

Coleman said, “Definitely, it does feel like a bit of a defeat. There’s a lot of positives we can take out of it. We started pretty slowly, which we’re disappointed with, made a lot of poor mistakes, a lot of wides, silly frees given against us.”

In the Division 1 Group B fixtures there was another win for Wexford boss Davy Fitzgerald against his native Clare, the Yellow Bellies triumphing by 2-19 to 1-21 to pile the misery on the Banner and their boss Brian Lohan as his team conceded 2-4 without reply and a Rory O’Connor winner in the closing stages.

“Disappointed with how we finished the game, very positive for 63, 64 minutes but certainly the last ten minutes was poor. We looked a bit open, a possession team like that, once they get possession it’s very hard to get it off them and then they had the extra space in our defense in getting those goals,” said Lohan, whose side were beaten by Antrim in round one.

MEATH grabbed their first league win in over two years with a 0-16 to 0-15 victory over neighbors Westmeath in their Division 2 North fixture in Navan, the Royals needing another late comeback before sealing a win with a significance that went over manager Andy McEntee’s head after five late points sealed it for his side.

Informed by the media afterwards that it was a first league win since beating Fermanagh in March 2019, McEntee said, “You’re after telling me something that I wasn’t even aware of, I might as well tell you that. I hadn’t thought about that. Now that you say it, of course that’s right, but I hadn’t thought about it.”

Cork boss Ronan McCarthy refused to dwell on the 12 game ban he received for his squad’s breach of Covid-19 training restrictions on Youghal Beach last January.

“I am not going to talk about that now. I’ll have something to say about that at a later stage. My focus is on the game today,” McCarthy told Sky Sports. “I think, to be fair, there is a very quick turnaround to the next game and I think people have to realize this was back in January, we have moved on from this months ago.”