Michael Harrington and Thomas Hassett were members of the Catalpa Six, who escaped imprisonment in Western Australia on board the Catalpa in 1876. 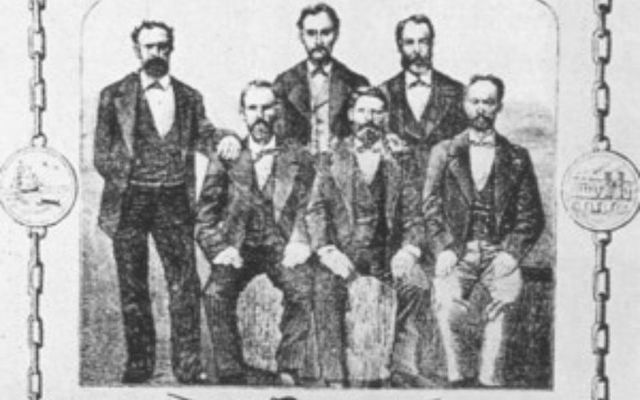 An Irish-American group has launched a fundraising campaign to erect headstones for two Fenian convicts who escaped imprisonment in Australia and are buried in unmarked graves in New York.

The Fenian Memorial Committee of America, a group established to remember Fenians and Irish revolutionaries buried in the US, has launched a campaign to raise funds for headstones for Michael Harrington and Thomas Hassett.

Harrington and Hassett were members of the Catalpa Six, who escaped imprisonment in Western Australia on board the Catalpa in 1876.

The six men escaped the Fremantle Prison in Western Australia before arriving in New York in a daring escape that saw them pursued by colonial authorities.

The Memorial Committee honored Catalpa escapee James McNally Wilson on the 100th anniversary of his death on November 16, 2021, erecting a headstone at Saint Mary's Cemetery in Pawtucket, Rhode Island.

The group has also placed gravestones for three other Catalpa escapees - Michael Hogan in Chicago and Robert Cranston and Thomas Darragh in Philadelphia.

The committee additionally placed a commemorative stone at the gravesite of Fr. Patrick McCabe in Minnesota to honor the priest's role in facilitating the escape.

The committee is now looking to raise $10,000 for two engraved headstones and ancillary expenses.

"Without you, our work cannot continue.  With your help, the brave Fenians and other Irish men and women like them will not be forgotten," the group said in a statement.

For more information, contact the group at fenianmca@gmail.com or by telephone at 401-688-2463.