19 Crimes Wine refers to the offenses that bought Irish convicts a one-way ticket to Australia in the 18th and 19th centuries. 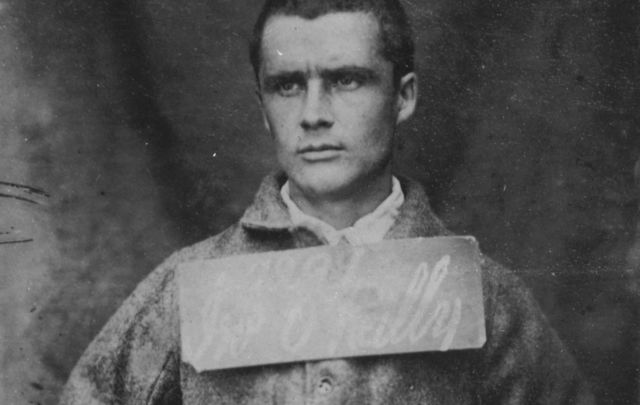 An Australian wine brand is using the mugshots of Irish convicts sent to Australia during the 1800s to market its wine.

19 Crimes Wine refers to the offenses that bought Irish convicts a one-way ticket to Australia in the 18th and 19th centuries and the company uses the mugshots of five different convicts on its bottles. It also stamps one random crime on each bottle cork.

The 19 Crimes website says that the wine celebrates the rules the men broke and the culture that the convicts helped to build in Australia.

It also features an innovative and interactive app that allows users to hear the convict's stories through the company's Living Wine Labels feature.

Users point their phone at a 19 Crimes label and the picture of the convict will come to life in an augmented reality feature that documents the struggles and hardship encountered by the convicts.

Read more: Fenian convicts transported to Perth remembered by their descendants in festival

Among the convicts is John Boyle O'Reilly, an Irish patriot who escaped from a penal colony in Western Australia in 1869, becoming the first man to ever do so.

Also among the convicts was Cornelius Dwyer Kane from Skibbereen in County Cork. Kane was sentenced to ten years in Australia for treason in 1867 but never returned to Ireland.

James Kiely is another Irish convict featured on the 19 Crimes bottles and his story additionally tells of patriotism and treason. Kiely was arrested for his part in a plot to steal an arms cache and distribute it among Fenian soldiers.

The wine company's website lists the crimes worthy of imprisonment in Australia, including petty larceny, buying stolen goods, stealing fish from a pond or river, and clandestine marriage.

19 Crimes Wine is dedicated to the convicts who helped to build Australia, but some Irish people say that they find it offensive and that it trivializes the struggles and the hardship encountered by Irish convicts who spent years in cruel penal colonies for mostly minor offenses.

Around 40,000 Irish convicts were shipped to Australia between 1791 and 1869 and many died on the long voyage.

The ones who survived were sent to penal colonies in Australia where they served a sentence of hard labor, building new roads, bridges, courthouses and hospitals, while others worked on government farms.

19 Crimes Wine does note the grueling work undertaken by convicts and aims to celebrate their role in forging a new world Down Under, according to the company's website.

Read more: Remembering the greatest Irish American on his birthday