Army Cpl. Joseph W. Sullivan, a veteran of the Second World War, was killed in action during the Korean War on November 30, 1950, when his daughter Eileen Sullivan Alber was just four years old. 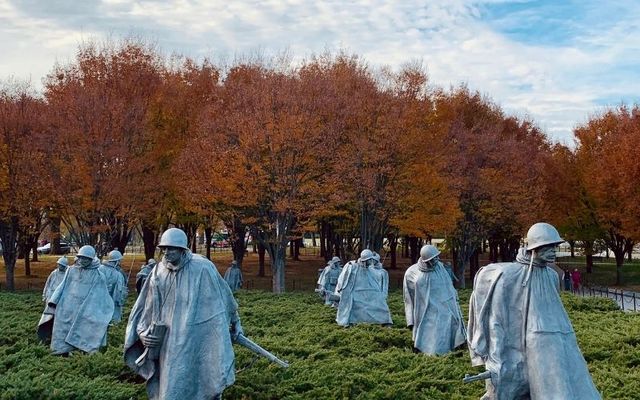 The daughter of an Irish-American war hero has been reunited with his duffle bag more than 70 years after he was killed in the Korean War in 1950.

Army Cpl. Joseph W. Sullivan, who also served during the Second World War, was killed in action during the Korean War on November 30, 1950, when his daughter Eileen Sullivan Alber was just four years old.

Eileen told Bronx News 12 that she had spent her entire life loving a father who she had never met.

"My father died a hero trying to save people. I have no memory of him at all except a couple of pictures. I always wanted to have something with me of him," she told Bronx News 12.

Her wish recently came true on her 75th birthday, when she was presented with her father's 81-year-old WWII duffel bag.

"It was such a warm feeling to actually touch the handle of a bag that he touched many, many times," she said.

The bag had been in the possession of Roger Goodland in South Bend, Indiana since he bought it at an Army surplus store in 1946 to use on camping trips.

Goodland said that he noticed a plea from Eileen on the Korean War Project website appealing for anyone with memories or mementos of her father's service record to get in touch with her.

He said that he had previously tried to track down Cpl. Joseph W. Sullivan but said that it was impossible in the pre-internet era.

"I so many times looked at that bag and wondered who Joseph W. Sullivan was. Before the internet, there was no way of being able to find him," he said.

Goodland and his wife Alice tracked Eileen down over Facebook, leading to the emotional reunion last week.

Alice said that there was "no doubt" where the bag needed to go once they had tracked Eileen down.

Eileen, meanwhile, expressed her gratitude to the couple in a Zoom call last Wednesday.

"My family is so grateful to you and Alice for blessing our life with this gift," she told Goodland over Zoom.

EMOTIONAL REUNION: Video captured the touching moment that the daughter of a fallen WWII and Korean War hero was reunited with her father’s Army duffle bag after 75 years. See the full story tonight on the News at 10 p.m. pic.twitter.com/wUKpziFLaz