The Donkey Sanctuary Ireland has described the situation the charity is facing as a "national donkey welfare crisis" and has appealed for the public's help. 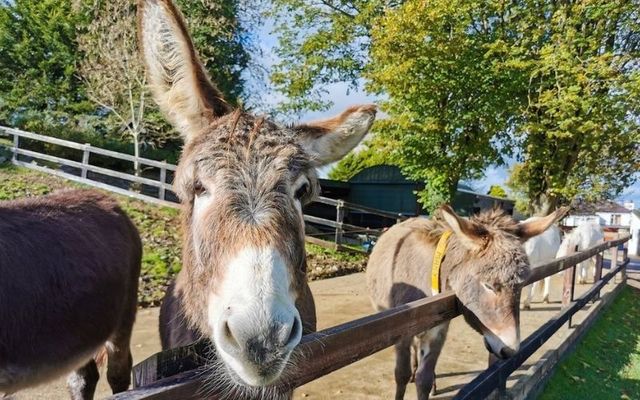 An Irish donkey sanctuary has launched a pubic appeal for support against what they have called a national donkey welfare crisis.

The Donkey Sanctuary Ireland has said that the number of animals requiring rescue, re-homing, and sanctuary care has reached “unmanageable and unsustainable levels.”

The sanctuary has expressed concerns over data from 2018 to 2020 which revealed that reports to the organization from the public had increased by 44% per year, with telephone advice calls rising by a staggering 150%.

The charity, which is based in Mallow, County Cork, currently has over 1,800 donkeys in their care, 660 of which live in guardian homes throughout the country as part of their rehoming scheme.

In a statement, Donkey Sanctuary Ireland's country manager Laura Foster, said: “The factors driving Ireland’s donkey welfare problems are numerous and difficult to resolve. Of course, we will continue to care for thousands of donkeys every year but working in crisis mode is unacceptable and unsustainable.

"Put simply, we need to tackle this problem in the long-term through better owner education, a national clampdown on breeding, and more enforcement of the Animal Welfare Act in cases of abuse and neglect.”

Our Country Manager, Laura Foster, has been working closely with our associates to address the donkey welfare crisis in...

Posted by The Donkey Sanctuary, Ireland on Wednesday, November 17, 2021

The charity has set out guidelines for how the public can support at-risk animals this winter.

“For donkeys in crisis, we encourage anyone who witnesses a donkey suffering or in poor health, in the first instance, to contact the Department of Agriculture, Food and the Marine’s national helpline, the ISPCA’s national cruelty helpline, local authority, or local Garda station."

"Our welfare teams are bracing themselves for an extremely challenging winter and, now more than ever, we welcome any donations from members of the public that will enable us to continue tackling poor donkey welfare across Ireland", they added.

You can support The Donkey Sanctuary Ireland online here.