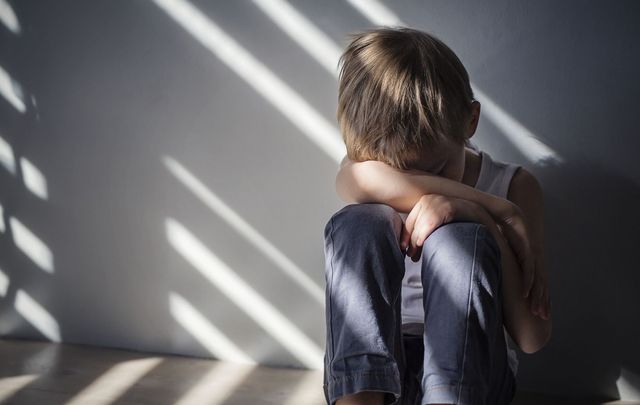 We hear from Dr. Malie Coyne, a Clinical Psychologist, and NUIG Lecturer, on how we can support the emotional wellbeing of our children. Getty

We hear from Dr. Malie Coyne, a Clinical Psychologist, and NUIG Lecturer, who is also the Mental Health Lead on A Lust for Life's Board of Directors. Dr. Coyne speaks to IrishCentral about the effects of immigration on your mental health and wellbeing, the current problems with mental health services in Ireland, her work with A Lust for Life, and how we can support the emotional wellbeing of our children.

Dr. Malie Coyne was 14 years old when she developed an eating disorder. The daughter of a diplomat, she had spent much of her young life transferring her home from place to place and had just moved to Milan, Italy, when the lack of control over her living place attached itself to a sense of control over what she could eat and how she could lose weight.

“When you think about it, the most common thing that we all have, the most important need we have as a human being, is to belong and to have good relationships so when you have to move, and you could be leaving a really important relationship behind, it can shatter your sense of safety,” Dr. Coyne explains.

Traveling from country to country, or to various different parts of the same country, left her unrooted. With a small five-person family unit to rely on, the constant moving may have made her strong and resilient in the long-run, but as a teenager, it left her unsettled in such as way that she looked to controlling her food intake and exercise to provide herself with some kind of stability.

With the help of her family and older sister, in particular, Dr. Coyne, who is now based in Co. Galway succeeded in returning to a healthier lifestyle but the effects of her teenage experiences with mental health and well-being stayed with her. It stayed with her so much, in fact, that it influenced the impact she wanted to have on the world in ensuring that children faced with loss or with trauma are supported to help them through.

Dr. Coyne used her own experience to guide her help of children in Ireland today

Even before three years old, it's important to think of infant mental health. Image: iStock.

With 18 years experience as a Clinical Psychologist, she now specializes in the Primary Care Child and Family Psychology Service in Galway, holding a position as a lecturer in NUIG, and acting as a regular spokesperson on mental health and wellbeing across Irish media.

She has recently drawn attention, in particular, to infant mental health, looking at the wellbeing of babies from birth to three years. While not a time of life that many of us may associate as being crucial to a person’s mental and emotional well-being, Dr. Coyne has drawn attention to research that shows these three years as being crucial to the lifelong well-being of all human beings, encouraging parents to look at the impact of a positive bond between the infant and their primary caregiver.

As well as determining the “quality of the relationships you have,” Dr. Coyne argues, this positive bond and attachment can also have a positive impact on an infant’s emotional IQ and learning abilities.

Herself a mother of two, Dr. Coyne advocates not just for providing mental health services for infants and children of all ages but for mental health support and education being at the core of all, from preschool, to college years, to enable our next generations to build up the resilience to face what life throws at them.

“Children need to be given the tools on how to deal with life in school,” she explains.

“They’re given the tools on how to do equations and physics but we need to have emotional resilience to cope with setbacks.

“Resilience is like a muscle and you only get to exercise that the more you go through but you need the tools to know how to go through that. Kids need to know how to recognize their own emotions and how to deal with them and realize that they [emotions] can change.

“They may be feeling really low right now but that doesn’t mean they will in an hour or tomorrow. Emotions change.”

Parents can help children to accept their feelings, supporting their emotional well-being

As well as in our education centers in Ireland and in the US, the education on how to recognize emotions and deal with them also falls on families. Dr. Coyne believes in the importance of parents recognizing their children’s feelings, “accepting and validating in a way that they [children] won’t be afraid of their feelings.”

While acknowledging that there are times when the Irish Health Minister’s hands are tied with the amount of money he has to spend over a wide range of health issues, it was a certain sense of disempowerment while working within the public health service in Ireland several years ago that pushed Dr. Coyne to look for other ways in which she could help her patients.

With many children arriving to her who were experiencing the same issues, having to sit on long waiting lists to be seen, and the high administrative load that made it harder to get to the long list of waiting patients, she began to look for other ways in which she could have a broader impact on Irish children and their wellbeing, looking to the Irish media as a good starting point for the beginnings of more in-depth conversations and discussions into what it means to look after the emotional health of our younger generations.

It was in this way that she became involved in the A Lust for Life movement, now acting as their Mental Health Lead and advising their education and information resources on this topic, and being named as their First Follower for the support she has given them in their first two years.

For Dr. Coyne, this national well-being movement is important in its aims to place the country’s mental health on the center stage, while the government, at times, continues to shy away from the topic.

“Mental health and emotional health should not just be seen as a side issue,” she states.

“It’s core to our existence as a human being and we should consider it in every single policy, in all we do, and not just see it under a specific mental health budget.”

You can find out more about Dr. Malie Coyne and her work on her website http://drmaliecoyne.ie.

What do you think of the mental health awareness and support available in Ireland and in the US? Leave us your thoughts in the comments section, below.