A veteran journalist and broadcaster, Bird made his motor neuron diagnosis public last October, revealing that he had a maximum of three years to live. 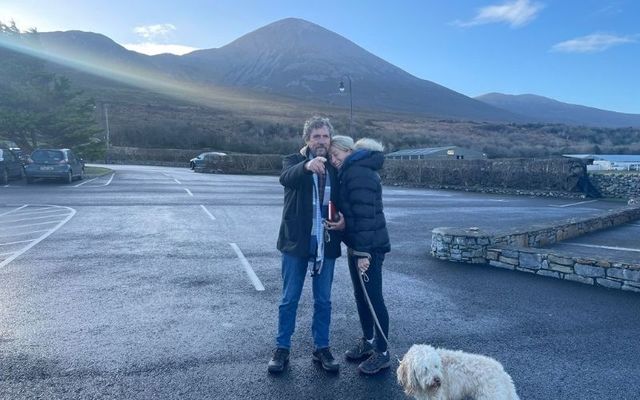 A veteran journalist and broadcaster, Bird made his motor neuron diagnosis public last October, revealing that he had a maximum of three years to live.

He appeared on the Late Late Show before Christmas and earned widespread praise for his bravery and courage in a heartfelt interview with host Ryan Tubridy.

He was back at RTÉ Studios on Friday night to talk to Tubridy again and launch his "Climb with Charlie" on April 2, which will raise money for the Irish Motor Neurone Disease Association and Pieta House, Ireland's suicide prevention charity.

Cervical cancer campaigner Vicky Phelan has also helped to organize the climb, and the pair hope to inspire thousands of people to climb Croagh Patrick on April 2.

Bird, appearing with his beloved dog Tiger, said that he was looking forward to climbing the famous mountain and said that he would be lighting a candle in a church at the mountaintop.

"I am so looking forward to climbing Croagh Patrick," he told Tubridy. "People have been doing so for 1,500 years, I will light a candle in the church on top of the mountain."

I’m on the Late Late Show tonight and will be launching ‘Climb with Charlie’. I will be climbing Croagh Patrick on the 2nd April.If you want to help you can climb a mountain near you. A big thank you to the people in Westport and Murrisk for their help. https://t.co/TCqkcU5vLo pic.twitter.com/F40ZtpM1Nh

He said that he has found peace with his condition and no longer feels afraid of what is happening to him.

"I have found peace - when you meet people, they lift you. I told you before that I cried every day since being diagnosed with Motor Neurone Disease - I don't cry now.

"I am no longer as afraid of what is happening to me as when I was first told I had a terminal illness."

Bird said that he is not a deeply religious person but revealed that his campaign to climb Croagh Patrick has "lifted his spirituality".

"The key thing is, I have found peace"

Vicky Phelan appeared on Friday's Late Late Show via videolink as she was too unwell to attend the show in person and said that she hoped to join Bird on his journey at the beginning of April.

"Fingers crossed I will be with you on April 2," she said. "I want to send you all my love, I hope you get a huge amount of support."

Bird said that his recent meeting with Phelan was "like meeting an old friend" and added that he was inspired by her courage.

A number of Irish celebrities have announced that they will be joining Bird's climb on April 2, including TV architect Dermot Bannon and legendary GAA commentator Micheál Ó Muircheartaigh.

Former President of Ireland Mary McAleese also recorded a video message for Bird on Friday's Late Late Show, stating that Croagh Patrick had been a "great sacred place of pilgrimage for millennia".

"It will welcome you and I hope it will be good to both of you," McAleese said.