A delegation from Ballina in County Mayo has traveled to Pittsfield, Massachusetts to rekindle the relationship between the Sister Cities, which had been disrupted due to the Covid-19 pandemic. 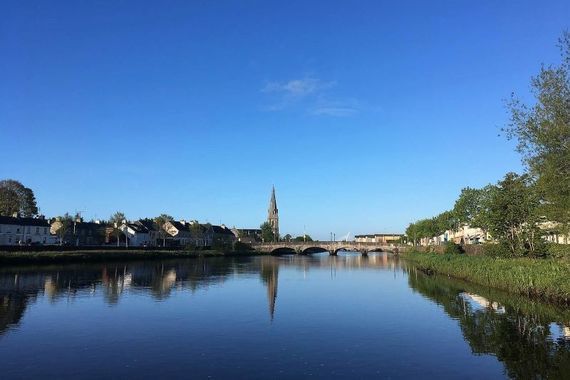 A delegation from Ballina in County Mayo has traveled to Pittsfield, Massachusetts to rekindle the relationship between the Sister Cities, which had been disrupted due to the Covid-19 pandemic.

Mark Duffy, Mayor of the Ballina Municipal District, and Head of the District Declan Turnbull led a delegation that arrived in Pittsfield on Saturday, July 2, ahead of a reception at City Hall on Tuesday.

The delegation was shown the ins and outs of the city during their visit, dining in Patrick's Pub and witnessing Pittsfield's July 4th celebrations.

Speaking during the visit, Duffy said the two cities had a lot to learn from one another and praised the "Irish-American story".

"America supported Ireland when it was needed most. In the mid-1800s we had the potato famine,1 million people died, over 2 million more people emigrated, and that's what makes the Irish American story what it is today," Duffy said.

"We are towns of similar sizes, opportunities, and challenges. Ballina is now focusing on revitalizing the town center, fostering biking, making the city more walkable, and attracting families," Duffy said.

Ballina is aiming to become the greenest town in Ireland, focusing on multimodal transportation, carbon-neutral energy options, and green spaces to promote biodiversity.

Pittsfield, on the other hand, has taken on similar initiatives, such as the Complete Streets project and the Bicycle Facilities Master Plan, which both aim to reduce emissions and improve quality of life. A number of open and green spaces have also been completed in Pittsfield in recent years.

Sports teams, dancers, and scholars have traveled between Pittsfield and Ballina since they became Sister Cities in the late 1990s.