American pilot Amelia Earhart famously landed on a farm in County Derry while attempting to fly to Paris, France in May 1932. 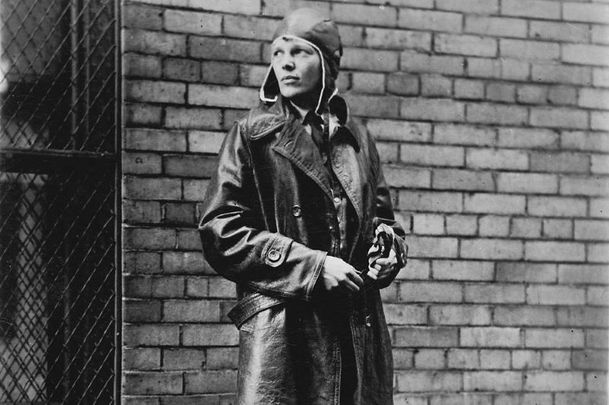 A Northern Irish volunteer group is hosting a special commemorative event to celebrate the 90th anniversary of Amelia Earhart's famous landing in Derry as she became the first woman to fly solo across the Atlantic Ocean.

The Amelia Earhart Legacy Association will commemorate the historic flight with a series of events in Derry on May 20 and May 21.

Earhart took off in a Lockheed Vega from Harbour Grace in Newfoundland on May 20, 1932, with the intention of flying to Paris. However, weather and technical problems forced her to alter her course and land at Robert Gallagher's farm in Ballyarnett, County Derry on May 21.

Nicole McElhinney, co-founder of the Amelia Earhart Legacy Association, paid tribute to the pioneering aviator, describing her as a revolutionary spirit.

"When Amelia landed here, no one had ever seen a woman driving a car, let alone flying an airplane or wearing trousers," McElhinney said in a statement.

"Her fearless spirit was revolutionary, particularly for women, and continues to be an inspiration around the world."

On May 20 and 21, the North West Amateur Radio Club will transmit from the field where Earhart landed, connecting with the Amelia Earhart Memorial Airport in her hometown of Atchison, Kansas, along with thousands of radio operators around the world.

Derry artist Joe Campbell will also be unveiling a 48-foot mural telling the story of Earhart's historic crossing, while an Amelia Earhart walking tour will take place on May 21, allowing people to trace the footsteps of her unscheduled visit to Derry 90 years ago.

Students from across Northern Ireland are invited to compete in the Amelia Earhart STEM Challenge between 10 a.m. and 2 p.m. on May 20.

Participants are required to build model planes, which will be judged on the longest flying distance.

Leaders of the Amelia Earhart Hangar Museum in Atchison will be special guests at the 90th-anniversary celebrations.

"We are honored to return to Derry for this extraordinary 90thanniversary celebration hosted by our transatlantic partners at the Amelia Earhart Legacy Association in Derry," museum founder and president Karen Seaberg,

"We share a commitment to preserve Earhart’s legacy to defy the odds and pursue her dreams that changed aviation forever."

The state-of-the-art STEM and history museum is set to open in Kansas in 2023 and will immerse visitor's in Earhart's life through interactive exhibits.

The museum will give visitors the chance to pilot Earhart's historic transatlantic flight through a virtual reality recreation.