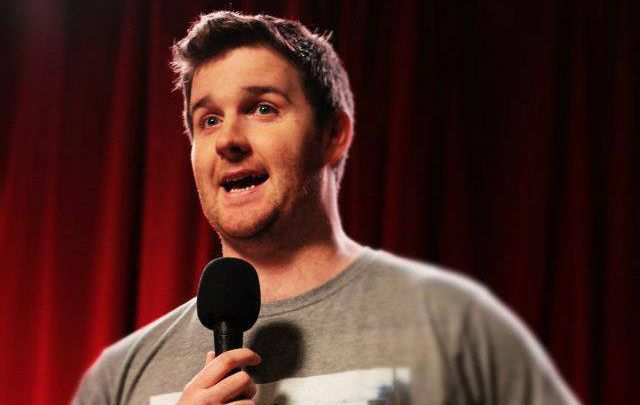 The Irish deaf community has condemned the actions of controversial Co. Cork comedian Ross Brown who acted out his own “sign language” interpretation of a speech given by Irish Taoiseach Enda Kenny earlier this week.

Taoiseach Kenny was speaking in front of 300 people at a forum on Brexit in Cork on Monday night when Brown stood in front of the stage acting out his own interpretation of the speech for a minute before a man emerged from the crowd asking him to leave. Brown continued to prank the speech by feigning difficulty in putting his coat on before he was escorted from the room, declaring that he wasn’t going to pay the controversial water charge as he did so.

The video of his interpretation was widely shared and watched over 260,000 times as Brown offered subtitles to explain his own “quotes” from the talk. His “sign language” included lines such as “Enda will only give us money if we give him a sexy dance,” “Him there, Enda… he’s a w**ker,” and “Oh, what a boring b**lox.” Using increasingly crude hand gestures, the comedian showed Kenny the middle finger at one point during the prank.

Those present began to shout for Brown’s removal with one witness telling Cork’s Evening Echo that the act was a “disgrace”.

“I am somebody that was paralyzed by polio and I know what it is to have a disability. And for someone to come up here and mimic that… it’s an insult to anybody who has a disability of any kind,” said John O’Sullivan.

Kenny appeared unfazed by the comedian and continued with his speech only to ask Brown once if he was having difficulty with his coat.

The Council of Irish Sign Language Interpreters released a strongly worded statement on Wednesday, however, condemning Brown’s prank and his use of fake sign language, highlighting that it was quickly known he was not a real interpreter as it had already been made clear that none would be provided at the event.

“It is with a mixture of disappointment, and faint amusement, that the Council of Irish Sign Language Interpreters (CISLI) greets the latest ‘fake interpreter’ episode – this time, comedian Ross Browne ‘interpreting’ for Enda Kenny at a conference in Cork, performing rude gestures in his direction,” the statement read.

“It has been made clear that Ross Browne was not, of course, booked to interpret for this event, and did not purport to. CISLI understands the premise of using platforms such as these for purposes of social and political activism. However, it is disheartening to see this tactic used in such a way as to undermine professional sign language interpreters, Deaf people, and Irish Sign Language.

“CISLI gets the joke, but this does not remove the offense felt by both professional interpreters and Deaf people. Regardless of the intention of the stunt, the message was delivered by poking fun at sign language.”

The Irish Deaf Society also addressed the prank in a video statement in which they highlighted the access to mainstream media Brown had achieved with his prank, access they themselves feel they do not receive.

“You are fortunate that your parody has secured significant attention online -.we have struggled to gain access to the mainstream media to secure coverage about the disenfranchisement that arises from the lack of recognition of Irish Sign Language on a daily basis, but our requests tend to fall on ‘Deaf ears’,” said a spokesperson from the Irish Deaf Society.

To understand why @OnlyRossBrowne stunt was upsetting to many Deaf people, read this. I & many others were treated the same way growing up. pic.twitter.com/dnoCE7aUBL

“We appreciate that humor typically entails the mocking of a particular group. However, as the group in society that provided the vehicle to that parody, the irony is that you were ‘caught’ out by the event’s organisers only because they knew that there would NOT be an interpreter at their event (a query as to whether interpreting services would be available had been made by a member of the public in advance of the event). We lose out, both ways.

Brown has responded to the criticism stating that “it was never my intention the undermine” and that the Taoiseach had been his main target for the prank.

“By playing different characters my view is comedy should be inclusive and it is as long as the joke isn’t aimed at the people you are portraying. The target was Enda,” Brown said.

“I’d love to offer in any way to help highlight the struggles to get ISL more recognized by the government and would gladly do anything I can to help.”

The HSE estimate that 8% of Irish adults (250,000) have a significant disabling hearing loss and approximately 3,000 deaf people are Irish sign language users. Despite this, Irish sign language is still not recognized as an official language of the state, but representations are being made by the likes of the Irish Deaf Society to change this.