Mark Collins and four of his grandchildren were found dead at their family ranch in Texas on June 2. Their alleged murderer, escaped prisoner Gonzalo Lopez, was killed in a police shootout later that day. 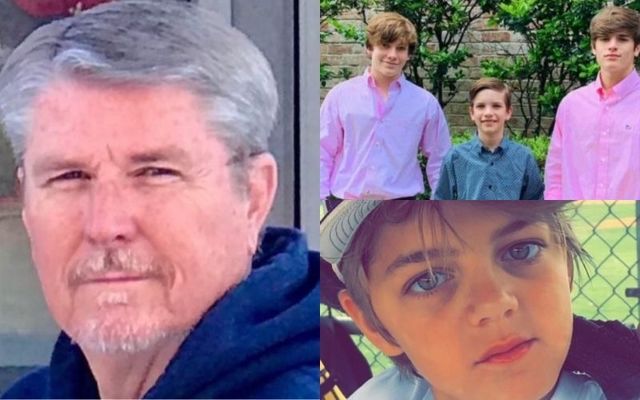 Collins and his four grandchildren had arrived at their rural cabin early on Thursday, June 2, roughly three weeks after their murderer Gonzalo Lopez, 46, had escaped prison in Texas.

"We are devastated by the loss of our dear family members at the family ranch in Centerville, Texas," the Collins family said in a statement. "These precious people who loved and were loved by so many will never be forgotten. The impact on their family and friends cannot be overstated."

The day after the four family members were found dead, the Leon County Sheriff's Office in Texas said in a statement that they had responded to the residence at about 6 pm on Thursday for a welfare check.

"Upon entering the home, authorities discovered the bodies of two adult men and three male children," the Sheriff's office said.

"Preliminary findings indicate the suspect, who investigators believe is Gonzalo Artemio Lopez, 46, an escaped prison inmate and convicted murderer, entered the residence sometime on Thursday and gained access to several firearms on the property.

"Thursday evening, he was spotted south of San Antonio by the Atascosa County Sheriff's Office. Gunfire was exchanged, and Lopez was killed at around 10:30 pm."

Jason Clark, Texas Department of Criminal Justice Chief of Staff, said an "incident review" will be conducted into Gonzalez's escape.

On Friday, hundreds of people gathered at Tomball Independent School District's baseball diamond for a vigil. The four boys were students in the district, and the eldest Waylon had reportedly just graduated high school.

A GoFundMe to support the three Collins families has so far raised more than $345,000