Co Down woman Gemma Cargin, who was trying to fly to Belfast, was able to board the wrong EasyJet flight, resulting in a 2,396-mile detour to Gibraltar. 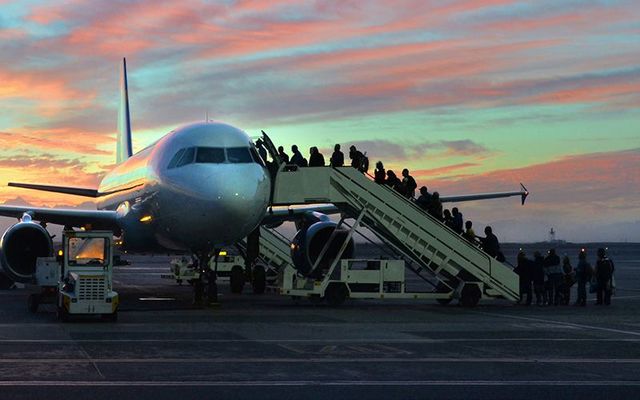 Gemma Cargin thought she boarded her flight to Belfast - only to learn mid-air that she was on the way to Gibraltar. iStock

A woman from Co Down thought she was flying to Belfast but ended up in Gibraltar instead.

Gemma Cargin, 25, who is originally from Banbridge, Co Down but works as a teacher in Manchester, had a detour of 2,396 miles when she ended up boarding the wrong flight.

According to the BBC, Cargin is a frequent flyer who often travels back and forth to visit her family.

She arrived at Manchester Airport one Sunday morning for her EasyJet flight and proceeded to what she thought was the correct gate.

"The TV screen that told us the flight wasn't on at the gate, so I never had a notion I could be getting on to the wrong flight," she said.

Cargin's boarding pass was scanned, but no one realized she was getting on the wrong plane.

As soon as she got on the plane, Cargin decided to take a nap on what she thought was a 40-minute flight.

"They told me we were landing in an hour and fifteen minutes - and I said: 'Is this flight not going to Belfast?'

"They told me it was going to Gibraltar. I said: 'Guys, I'm on the wrong flight.’

"I was shocked, I was worried, I was wondering how I was going to get home, was I going to be left in Gibraltar?

Her parents, who were waiting for her at the airport in Belfast, were beginning to get worried.

Cargin said: "There was a lot of confusion. Mum was told I hadn't made it on to the Belfast flight and she said her stomach just flipped, because I had texted from the plane to say I was on my way."

Her parents were then wrongly informed she was on her way to the Spanish city of Alicante.

"They were making arrangements to bring me back from Alicante and it wasn't until I landed in Gibraltar and got phone signal that I was able to let them know where I actually was.

After arriving in Gibraltar, Cargin was allowed to step out and get some air before she headed back to Manchester on the same plane.

She took a selfie with the Rock of Gibraltar in the background from the top of the aircraft’s steps.

She said: "I'd never been before, so now I can tick it off the list.

Cargin had flown 1,198 miles from Manchester to Gibraltar and then the same distance back again.

In Manchester, she had a four-hour delay before she traveled the 168 miles to Belfast and finally made it home.

Her trip, which was supposed to have taken less than an hour, took 12 hours.

In a statement, EasyJet said: "We are investigating with the airport and our ground handling partner at Manchester how Ms Cargin was able travel on the wrong flight.

"As soon as the mistake was realized, it was arranged for them to fly back to Manchester and on to Belfast, their original intended destination.

"Ms. Cargin was looked after by our team throughout and provided with refreshments.

"We would like to sincerely apologize for any inconvenience caused."

On having to make the return flight back to Manchester, she said: "I'm just going to definitely check that I'm on the right flight and not fall asleep before the plane takes off."