Happy Look Alike Day! To celebrate the funny holiday we thought we'd look back at some of the best lookalikes we've come across. If you have any others, be sure to tell us about them. 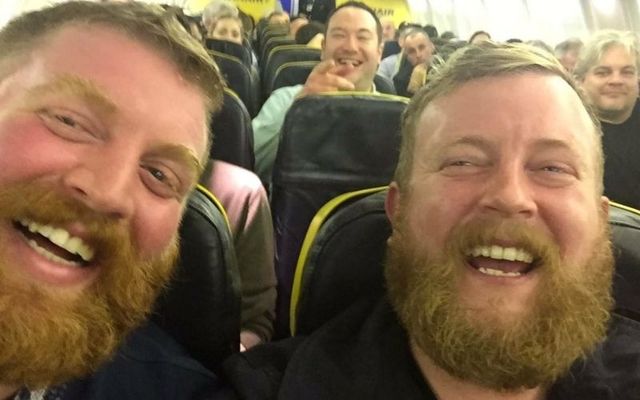 To celebrate Look Alike Day on April 20, we looked back on when two identical strangers met on a random Ryanair flight in 2015.

A man met his doppelgänger on a Ryanair flight to Shannon Airport on one Thursday in 2015. Neil Thomas Douglas and his "twin stranger" Robert Stirling found themselves sitting together on the flight and couldn't believe the resemblance. The two took a selfie together and a friend of Douglas's wife posted the image to social media.

Guy on right is the husband of my friend @elrottencrotch. Guy on left is a STRANGER he met on a flight last night! pic.twitter.com/kwBFOOEoMc

BT.com reports that many social media users have commented on the uncanny likeness, calling it “spooky.”

They are the only Irish people to find their utter resemblance in a strange, however. In the summer of 2015, three Irish friends set themselves the challenge of finding the seven doppelgangers we apparently all have around the world. The Twin Strangers project brought about some really weird cases of those who have no blood relation looking exactly alike.

Do you have a famous Irish lookalike? Do you think that you've found your twin stranger? Let us know about it in the comments section, below, or send us an email at editors@irishcentral.com.