Irish-American news anchor shared personal news about his health on-air during a segment of his show "Inside Politics". 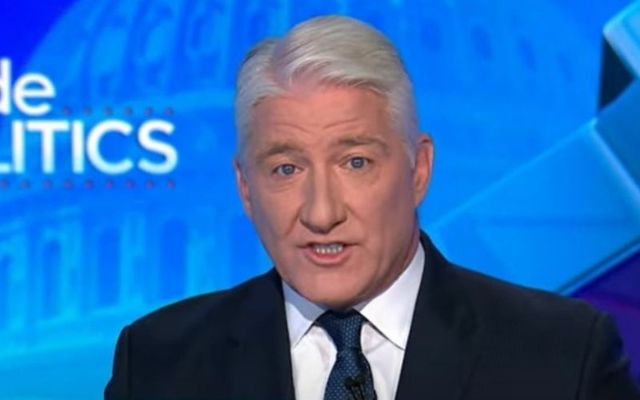 CNN anchor and Chief National Correspondent John King has revealed to viewers that he has multiple sclerosis and is immunocompromised.

"I'm going to share a secret I have never spoken about before. I am immunocompromised, I have multiple sclerosis," King said during a segment on his show "Inside Politics".

"I am grateful my employer says all of these amazing people who work on the floor, who came in here in the last 18 months when we are doing this, are vaccinated now that we have vaccines," explained King, who is of Irish descent with ancestors from Dún Locháin, County Galway.

Powell died on Monday morning following complications from COVID, his family announced in a statement.

While Powell had been vaccinated, he had a form of blood cancer called multiple mylenoma, which was an underlying condition that rendered his immune system more vulnerable.

It was Taley's mention of Powell's "weakened immune system" and "other people's non-vaccination that threatened and imperiled him" which prompted King to share his story.