The letter, written by a solicitor representing CLRG, claims that allegations that have been shared online have brought the organization into disrepute. 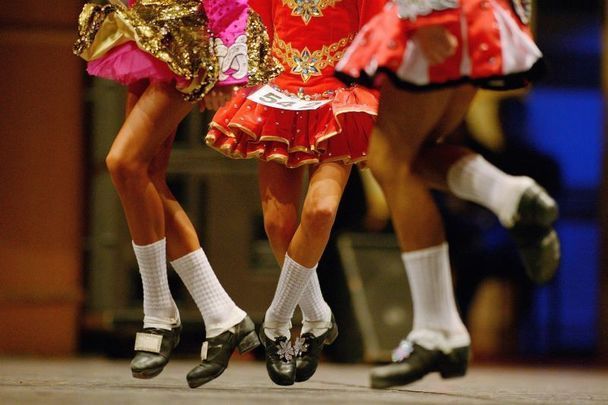 An Coimisiún Le Rincí Gaelacha (CLRG), the largest and oldest competitive Irish dance organization in the world, has sent a legal letter to the whistleblower who made claims about results fixing within the organization in an attempt to stop allegations from circulating online.

The letter, written by a solicitor representing CLRG, claims that allegations that have been shared online have brought the organization into disrepute.

The Irish Independent reports that the letter has been sent to the whistleblower who made the initial claims about results fixing from roughly a dozen teachers and judges within the CLRG.

The letter, which does not include any threat to sue for defamation, asks the person to provide proof to support their claims.

"I would like to state at this stage that my purpose in writing to you is not to seek to shut down any conversation relating to the affairs of An Coimisiún," the CLRG solicitor wrote.

"However, I must invite you to submit the evidence you have in relation to these matters to an coiste faire [the ethics committee]."

The letter also added that the allegations had brought the organization into disrepute.

The CLRG announced at the beginning of October that it had launched an investigation into allegations of "grossly unethical behavior", including efforts to fix results.

IrishCentral has seen files that include screenshots of WhatsApp and Facebook messages amongst teachers and adjudicators that show conversations about judging panels, scoring, and results prior to CLRG competitions.

One particularly shocking exchange shows one person offering to perform a sexual act in exchange for high scores.

The Irish Independent reports that the initial allegations relate to a competition held more than 20 years ago. The publication added that the CLRG's coiste faire was aware of the allegations at the time but never ordered a serious investigation.

The whistleblower behind the allegations has maintained the veracity of the claims, adding that the CLRG has never properly investigated them.

Irish dancing teachers throughout the world have called for sweeping reforms in response to the allegation, with hundreds of teachers from Ireland, the UK, Europe, the US, and Canada held a meeting last week to discuss the scandal.

A total of 88% of the 758 teachers present at the meeting believe that CLRG chairperson James McCutcheon should resign due to the scandal.

The Irish Independent reports that some teachers feel aggrieved because McCutcheon was not elected to the role by registered CLRG members.

A total of 96% of teachers believe that the current structures of the CLRG should be changed in the wake of the scandal, while 97% of teachers called for a full review of CLRG rules, practices, and procedures.

The CLRG said in a statement on Wednesday night that it is "deeply concerned" about recent controversies that have cast a shadow over "many aspects of Irish dancing".

"We take all allegations or complaints extremely seriously and are taking steps to ensure they are dealt with robustly," the CLRG said in a statement.

"In order to investigate any allegation properly, we seek any corroborating evidence which is available.

"Any wrongdoing or unethical behavior uncovered by our inquiries will be dealt with appropriately and will not be tolerated. We encourage anyone with evidence of wrongdoing or with complaints to contact faire@clrg.ie and we assure them of confidentiality."