CLRG confirmed with "incredible sadness and inevitability" that it's World Irish Dancing Championships will not go ahead in 2021. 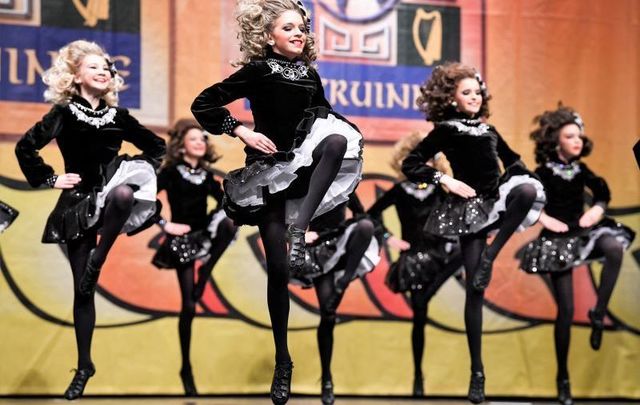 An Coimisiún le Rincí Gaelacha (CLRG), the oldest and largest competitive Irish dancing organization in the world, has officially canceled its World Irish Dancing Championships for this year, 2021.

CLRG's Oireachtas Rince na Cruinne is the highest level of competition for Irish dancers within the CLRG organization and draws thousands of competitors from around the globe. It is typically hosted over the Easter period in a new location each year.

This is the second year in a row that CLRG's World Irish Dancing Championships have been canceled due to the global health situation. The 2020 event, the 50th anniversary of the competition, was due to be hosted in Dublin, Ireland between April 5 - 12, 2020.

On March 18, 2020, as the shutdowns began, CLRG announced that the massive event would not take place that year. Shortly thereafter, CLRG confirmed that the competition had been moved to March 28 - April 5, 2021.

Later, on October 31, CLRG announced that it was "actively pursuing the possibility of rescheduling Oireachtas Rince na Cruinne to 25th July through 2nd August 2021."

However, CLRG said in a statement today, March 3, that its World Irish Dancing Championships will not go ahead this year:

"At the meeting of An Coimisiún le Rincí Gaelacha earlier today, the feasibility of Oireachtas Rince na Cruinne 2021 still proceeding in July 2021 was discussed.

"Over and above the almost impossible task of projecting what restrictions might still be in place in Ireland and indeed worldwide in July, the members were critically aware of the lack of opportunities, losses, and disappointment that the dancing community has endured over the past 12 months.

"The dividing line between reality and providing hope is indeed a very narrow and precarious one. Decisions can only be made on current guidelines and what advice is available via various health agencies."

CLRG noted that Ireland is still on Level 5 restrictions, which have recently been extended through April 5, and that the country's vaccination rollout has begun, but that "Ireland appears to be behind other nations."

The organization also pointed to Tanaiste Leo Varadkar saying last month that “mass gatherings of more than 50 people are unlikely until a large swath of the population have been vaccinated” with the Irish Government “cautiously optimistic about this being achieved in September."

"It is still the considered opinion of An Coimisiún le Rincí Gaelacha that our dancing community cannot be seen to encourage or be complicit in the reintroduction or unnecessary spread of the virus. We have a clear moral and ethical duty to take all adequate measures to protect and safeguard the dancing community and indeed the general population of Ireland.

"In addition, there is a strong belief amongst members that the event could not be considered a true World Championships when competitors from whole countries, indeed continents, will most likely be prevented from attending.

"It is therefore with incredible sadness and inevitability that An Coimisiún le Rincí Gaelacha has cancelled Oireachtas Rince na Cruinne 2021 and that the 50th Anniversary of the Championships will take place in Belfast between the 10th and 17th April 2022."

CLRG has provided information about refunds for accommodations as well as qualifications for the upcoming World Irish Dancing Championships 2022.