The gala anniversary performance of Riverdance, recorded in 2020, is being made available for streaming for the first time. 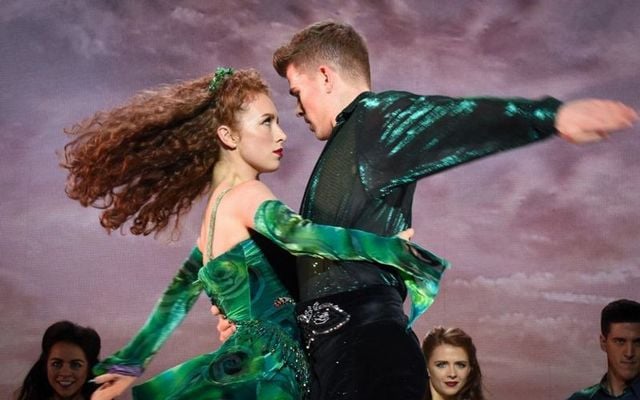 Celebrate this St. Patrick's Day from home by streaming this stunning Riverdance performance!

The full gala performance of "Riverdance: The New 25th Anniversary Show" will be available for streaming exclusively on GreatStageonScreen.com beginning on St. Patrick’s Day.

Marking the 25th anniversary of Riverdance, the gala show was filmed on February 9, 2020, at Dublin’s 3Arena (the former Point Theatre), the venue where the phenomenal Irish music and dance show premiered in 1995, before taking the world by storm.

Riverdance fans will be able to stream this incredible 25th Anniversary Gala performance in their own homes for the very first time.

According to a press release, “Riverdance: The New 25th Anniversary Show is a powerful and stirring reinvention of this beloved family favorite, celebrated the world over for its Grammy Award-winning music and the thrilling energy and passion of its Irish and international dance.

"Composer Bill Whelan has rerecorded his mesmerizing soundtrack while producer Moya Doherty and director John McColgan have completely reimagined the ground-breaking show with innovative and spectacular lighting, projection, stage and costume designs.  Many of the cast featured in this incredible gala performance were not even born in 1995; the year that the show first opened!”

The broadcast, which is being brought by Abhaan Productions, Stage Screen, and Stanza Media, will premiere at 7:30 PM GMT/2:30PM EST on St Patrick’s Day, March 17, 2021. Tickets will be available to purchase from GreatStageOnScreen.com on March 1 starting at 9 AM GMT/ 4 AM EST.

For more information on ticket prices in your region and on how to stream, visit GreatStageOnScreen.com.