Mother campaigns for murdered daughter's remains to be exhumed in Cork

#ClarissasCause has been launched in hopes of exhuming the remains of Clarissa Jean McCarthy, 3, in Co Cork so she can be reunited with her mother Rebecca Saunders in the US. 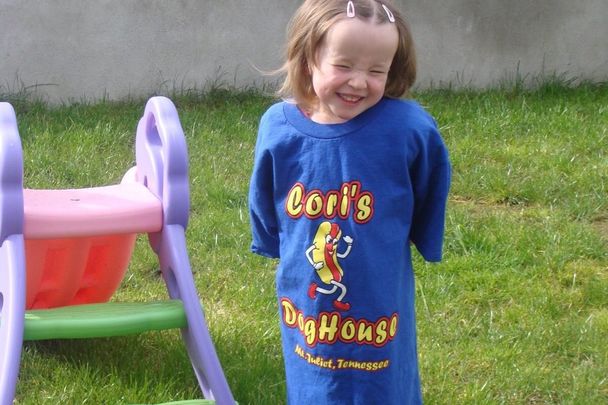 Clarissa's mother is fighting to get her remains reinterred in the United States. GoFundMe

A Texan mother is campaigning to have her murdered daughter's body exhumed from her Cork grave, where she was buried with her father who killed her.

Rebecca Saunders, from Houston, Texas, is campaigning to have her daughter Clarissa Jean McCarthy's body exhumed and re-interred in the United States.

McCarthy was just three years old when her father killed her and himself in Co Cork in 2013. In a "fog of grief," Saunders agreed to have McCarthy buried alongside her father, whom she loved, in Ireland.

Speaking to the Irish TV show Claire Byrne Live on Monday evening, Saunders shared her horrific story. In 2004, she had arrived in Cork for an eight-week study abroad program. She met a local farmer, Martin McCarthy (42) and they went on to have a daughter named Clarissa.

In March 2013, on the day that Saunders had traveled to the town of Bantry to seek legal advice on separation and divorce proceedings, her husband drowned their daughter, before taking his own life near their home in Audley Cove, in West Cork.

An inquest into their deaths found that Martin had intended to end his own life and take Clarissa with him. This conclusion was supported by a note he left behind which read: "You will never forget this day."

At the time of their deaths, Saunders had her husband and daughter buried together in Cork, but now she is campaigning to have her daughter's body exhumed and her remains brought to the United States.

“There will be a small amount of closure that I no longer have to think that she is in the arms of that monster.”

Rebecca Saunders told Claire that it is her wish that her daughter Clarissa’s body will come home to her. #CBLive pic.twitter.com/zY4FOOSjAf

Speaking to Claire Byrne she said "I remember when Clarissa got back from her post mortem and her coffin was open.

"I just remember always wanting to be by her side and wanting to crawl into that coffin with her.

"I could not believe what was in front of my eyes and what had just happened and how fast everything was going."

"I agreed to that. It was brought up by somebody else, I did not think of it myself."

She continued, "I did not want to think of how I would bury my own daughter, but I thought to myself at the time that I could not handle the thought of having my daughter cremated that time.

"I felt like when the idea came up to bury them together, if she had a choice, if she could make a choice in this decision whether she was going to be by herself or whether she wanted to be with somebody, I just felt like she would not want to be alone.

"I did not realize just how sinister Martin's plan was and how much in advance he planned out what he carried out that night.

"And so I thought to myself; if she had a choice, she would want to be buried with her father ... even though he did what he did, as she would still love him."

My little sugar bear! You had so many treats on this day! #rememberclarissa #reuniteclarissa 💜🦋 pic.twitter.com/kIFWQSYQt6

Saunders said that since their funeral she has felt she made a "grievous mistake". She said that while she realizes it will not bring Clarrisa back, she believes this will give her some kind of closure.

"While I understand the reasons why I decided what I had decided eight years ago, certain circumstances were brought to light that made me realize just how involved Martin's plan was," Saunders said.

"I would sleep better. I would be able to function better if I was able to take her home with me."

"I hate to use that word but that's what it will be when I exhume Clarissa when I can take her home with me," she said.

"There will be some small amount of closure that I no longer have to think that she's in the arms of that monster."

She is my strength, my inspiration, and so my beauty... every moment of every day. Never is that more true than today x #rememberclarissa #reuniteclarissa 💜🦋 pic.twitter.com/idCBm9DtW8

A friend of Saunders has set up a GoFundMe page, Clarissa's Cause, which is using the hashtag #ReuniteClarissa and is hoping to raise $50k.

The page reads "Due to the length and breadth of exhuming Clarissa, we are uncertain of what costs may incur along this journey. If legal council has to be hired, the process will be extremely time-consuming and expensive.

"All funds not used in the process to exhume Clarissa will equally be donated to the following two worthy causes: Edel House that supports victims of domestic violence and Cork University Maternity Hospital Neonatal Unit "