Claire Cronin's nomination to be the next US Ambassador to Ireland has been approved by the US Senate Foreign Relations Committee. 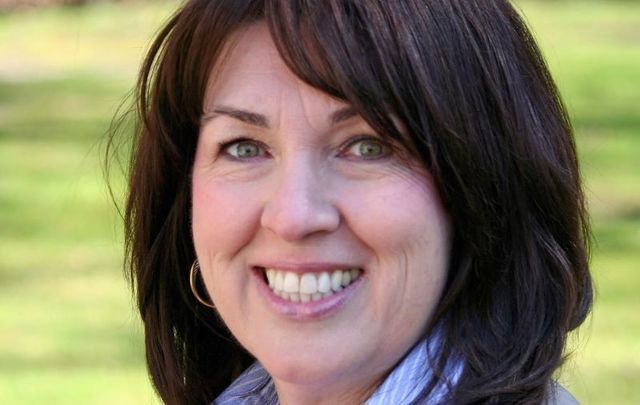 Claire Cronin's nomination to be the next US Ambassador to Ireland has been approved by the US Senate Foreign Relations Committee. Facebook

Claire Cronin is one step closer to becoming the next US Ambassador to Ireland after being nominated by President Joe Biden in June.

Cronin was among more than 30 nominations that were approved by the US Senate Foreign Relations Committee on October 19.

Cronin, who is currently the House Majority Leader in the Massachusetts House of Representatives, testified for her nomination on September 29.

During the testimonies, fellow Irish American Senator Ed Markey introduced Cronin warmly as his friend and offered his endorsement.

Testifying for her own nomination, Cronin said it was “an honor” to be President Biden’s nominee, and went on to thank her family and friends for their support.

“If confirmed by the Senate, I pledge to work closely with Congress and Administration to advance United States’ priorities and reinforce our shared values in Ireland,” Cronin said.

She continued: “When my grandfather left Donegal for the promise that America held, I can’t help but wonder what he would have thought if he knew his granddaughter would one day be testifying before this esteemed committee as the nominee to be the US Ambassador to Ireland.

She added that the US and Ireland remain committed to the Belfast / Good Friday Agreement and that she will encourage the UK, EU, and Ireland to “engage in productive and cooperative dialogue to resolve the differences over the Northern Ireland Protocol.”

She concluded: “Our relationship is close and enduring, one that will continue to grow ever stronger as we work together on a range of shared issues. If confirmed, I will advance our shared priorities, expand our rich economic and commercial cooperation, and strengthen our people-to-people ties.”

Upon announcing the approvals on October 19, U.S. Senator Bob Menendez (D-N.J.), Chairman of the Senate Foreign Relations Committee, said: “As the United States faces an unprecedented confluence of challenges on the world stage, our security, interests, and ability to advance our values and assert global leadership should not be imperiled by the obstructionism of those infatuated with playing politics with our entire national security infrastructure.

“When it comes to confirming heavily vetted and highly qualified nominees, I intend to continue scheduling as many hearings and votes as possible to ensure we have empowered diplomats and development professionals in place to promote American values and interests around the world.

"I am proud the Committee fulfilled its responsibilities today and look forward to working with my colleagues to secure these nominees’ confirmation on the Senate Floor.”

The US Senate will now vote upon the nominations that were approved this week at a future date.