New York's Irish American community is in shock after the tragic death of Christopher Jack 'CJ' Hackett following a road accident on McLean Avenue in Yonkers. 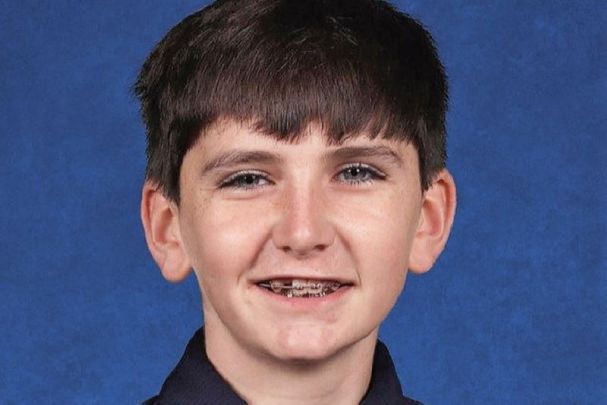 Christopher Jack ‘CJ’ Hackett, 16, died after being struck by a van on McLean Avenue in his hometown of Yonkers, New York on Wednesday, August 3.

The van fled the scene and a witness called 911. Hackett was transported to Jacobi Medical Center in the Bronx, where he died in the presence of his family the following day, Thursday, August 4.

Yonkers Police said on Friday, August 5 that after investigations were carried out, detectives located the van and identified the driver as 46-year-old Stephen Dolan. Dolan was placed into custody without incident and the vehicle, a 2004 Chevrolet Express, was impounded as evidence.

Investigators believe that Dolan, a Yonkers resident and a City of Yonkers Department of Public Works employee, was consuming alcohol before the accident and was under the influence of intoxicants.

Dolan was arraigned on Friday, August 5; the Westchester County District Attorney's Office confirmed on Monday, August 8 that he has been charged with Leaving the Scene of an Incident with a Fatality Without Reporting, which is a felony. He is due to appear in court again on August 12, News 12 reported.

The Westchester County District Attorney's Office notes that the charges against the defendant are merely an accusation, and the defendant is presumed innocent unless and until proven guilty.

The tight-knit Irish American community of Yonkers and neighboring Woodlawn, as well as upstate in East Durham, is in shock after the tragic accident. On August 3, when Hackett was hospitalized, community members filled St. Barnabas Church to pray for the teen in a vigil led by Irish priest Fr Brendan Fitzgerald.

Archbishop Stepinac High School in White Plains, where Hackett was set to enter his junior year, held a prayer service on Friday, August 5. The high school has been offering counseling services for students and has also launched an online donation fund for the Hackett family.

“CJ’s a great kid with an awesome heart," Hackett's school counselor said. "Always went out of his way for others.”

It is with a heavy heart we inform you of Christopher Jack (CJ) Hackett’s passing. Mr. Russo, CJ’s counselor, said it...

Gavin's Irish Country Inn in East Durham, New York, an area often referred to as the 'Irish Catskills,' paid tribute to the teen who worked there as a server in the summer months: "We love you CJ… Gavins Irish Country Inn's dining room will never quite be the same without you."

On McLean Avenue at the scene of the tragic accident, a makeshift memorial featuring crosses, candles, flowers, Stepinac t-shirts, Cavan GAA jerseys, and Irish and American flags, has been erected by Hackett's family and friends.

In a statement to News 12 on Saturday, August 6, CJ's father Christopher Hackett thanked the staff at Jacobi Pediatric ICU, the Archbishop Stepinac family, the communities of Woodlawn, Yonkers, and East Durham, and Catholic leaders who reached out.

He said: “His eminence Cardinal Dolan called me yesterday to say he was praying for us. Today, my incredible son will be giving his organs. They call it a Walk Of Honor. I would expect nothing less for such a sweet wonderful son."

A celebration of Hackett's life will be hosted at Pelham Funeral Home on Thursday, August 11, followed by a funeral, which will be streamed on Facebook, at St. Barnabas Church on Friday, August 12. Interment will take place at Winston Cemetery, East Durham, New York.

Hackett, who is survived by his parents Christopher and Yvonne Hackett, his two siblings, his grandmothers Anne Hackett and Peggy Horan, as well as many cousins, aunts, uncles, and friends, "will be remembered as a kind, loving, and honest soul," his obituary said.

"He was a loyal friend to those who knew him. He was the best kid any parent could ask for."