Ireland's Minister for Justice has announced a change to the residency period required for children born in Ireland to become Irish citizens. 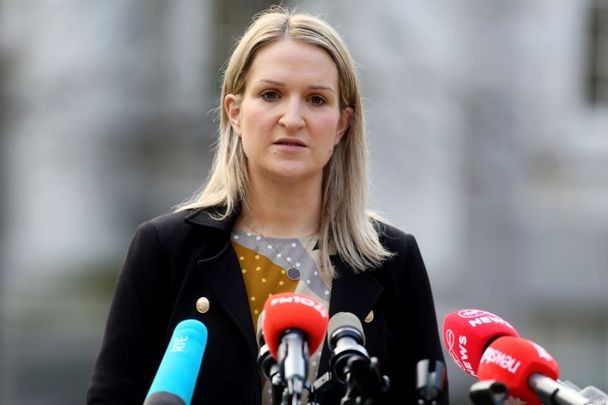 Minister for Justice Helen McEntee TD announced on March 23 that she will make it easier for children born in the Republic of Ireland, whose parents are not Irish citizens and who are not entitled to citizenship at birth, to gain Irish citizenship themselves.

At present, a child born in the Republic of Ireland who is not entitled to citizenship because their parents are not Irish citizens or because they do not meet the three-year residency requirement prior to the birth, needs to be resident in Ireland for four of the previous eight years before they can become citizens. This is in addition to the requirement to have one year’s continuous residence in the State prior to the date of their application.

We’re making it easier for children born here but not entitled to citizenship at birth, and whose parents are not Irish citizens, to become citizens themselves. Great working with @ivanabacik on this. Read more here ? https://t.co/EDnVFwFUmV

On Tuesday, Minister McEntee announced she will reduce the amount of time such children have to be resident in the Irish State to become Irish citizens from five years to three years.

The number of years a minor must be resident in Ireland will now be two years out of the previous eight, in addition to the requirement to have one year’s continuous residence immediately prior to their citizenship application.

This proposal emerged from discussions between Minister McEntee and Labour Senator Ivana Bacik in respect of a Seanad Private Members Bill and will allow children who are currently on a pathway to citizenship to attain this status at an earlier stage.

Senator Bacik was among those spearheading the efforts. In December, Senator Bacik said one of her party's initial motivations for the Irish Nationality and Citizenship (Naturalisation of Minors Born in Ireland) Bill was 9-year-old  Eric Xue, who was born and raised in Co Wicklow but was facing deportation to China.

(Xue was ultimately granted humanitarian leave by the then-Minister for Justice after his classmates organized a campaign to enable Eric and his family to stay in Ireland.)

Bacik said in December that the Irish law drafted following the 2004 citizenship referendum was too restrictive.

The new changes will be contained in the upcoming Civil Law (Miscellaneous Provisions) Bill 2021, and the General Scheme for this Bill is expected to be submitted to Government in the coming weeks.

Delighted to see that our @labour @labouryouth #BornHereBelongHere campaign will be effective in achieving real change for children born in Ireland #citizenship https://t.co/IXxV26k3bc

Minister McEntee said in a statement on Tuesday: “The granting of Irish citizenship is a privilege and an honour which is recognised by the thousands of people who apply every year.

"It is my hope that reducing the amount of time children of non-Irish nationals born in Ireland have to wait before being eligible for citizenship will provide comfort and reassurance to many families across the country.

“This is in keeping with my Department’s commitment to delivering a fair immigration system for a digital age, as set out in Justice Plan 2021.

“I was glad to work and engage with Senator Ivana Bacik on this proposal, and I look forward to it being implemented as quickly as possible."

Minister McEntee continued: “This amendment provides increased security for children where a parent subsequently falls out of permission as the child will be entitled to Irish citizenship and will therefore be an EU citizen with the right to remain in the State with a non-EEA national guardian or parent.

“However, it will not broaden the categories of children who are entitled to citizenship and this amendment will only apply to the children of those parents who are legally resident in the State.

"Children born here to non-national parents who have three years prior residency will continue to be Irish citizens from birth.”

Minister McEntee has also committed to exploring whether it would possible for TUSLA to apply for citizenship on behalf of older children in their care in light of particular difficulties they may face.

This continues to be explored with careful consideration of any implications for children in particular (for example, if a child has citizenship of another country that does not permit dual citizenship) and Minister McEntee is expected to meet with Minister for Children, Disability, Equality, Integration, and Youth, Roderic O’Gorman TD, in relation to this issue in the coming weeks.