The Movement of Asylum Seekers in Ireland is calling on the Irish Minister for Justice to provide a pathway to citizenship for children born to non-EU parents. 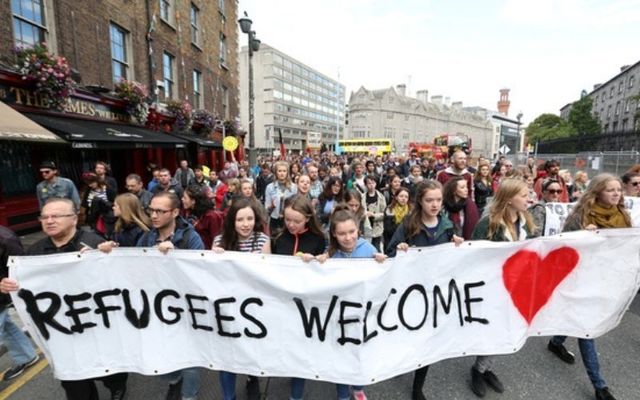 An immigration advocacy group in Ireland has launched an online petition appealing for a pathway to citizenship for children born to non-EU parents.

The Movement of Asylum Seekers in Ireland (MASI) is appealing to Minister for Justice Helen McEntee to provide a pathway to citizenship for children of non-EU parents and also revoke the deportation orders of three children born in the state to non-EU parents.

Bulelani Mfaco, a MASI spokesperson who launched the petition on Uplift.ie, told IrishCentral that the group hoped to win the support of the Irish public.

"We found that a significant number of Irish people support the idea of children who were born here being offered a pathway to citizenship," Mfaco told IrishCentral. "We also hope the public will come out and support the petition for the minister [Helen McEntee] to revoke the deportation orders."

The petition has almost reached its goal of 1,000 signatures and Mfaco believes the majority of Irish people would support the cause.

McEntee has previously indicated support for the Labour Party's "Born Here Belong Here" bill, which proposed a pathway to citizenship for children born to undocumented parents in the Irish state.

Mfaco called on McEntee to pass the bill into legislation "before it's too late" for some children facing deportation orders.

He said that MASI was "gravely concerned" for children who grew up in Ireland, went to school in Ireland, and made friends in Ireland and urged McEntee to revoke the deportation orders against Belkisa and Enis - two young children of undocumented parents facing deportation when the COVID-19 pandemic is at an end.

"The Irish Government lobbies for undocumented Irish around the world, so it's quite hypocritical of them to be doing that when they know that people are facing deportation orders.

"We hope that Irish politicians will support the idea of giving children of non-EU parents a pathway to citizenship."

While McEntee expressed support for the "Born Here Belong Here" bill, she also voiced concerns about the unintended consequences of enacting the legislation.

The Minister for Justice said that the bill would make Ireland unique within the European Union by offering a pathway to citizenship to all children born to non-EU parents.

She also said that the bill would have implications "for our standing in the EU with the Common Travel Area, Northern Ireland, and our relationship with the UK".

"We’re going to meet in the next few weeks and look at the issues that have been identified here, the problems that we have and how we can move them forward, whether through legislation or through other means as well," McEntee said in the Dáil.

However, she said that she was conscious of the consequences of altering immigration law in the middle of the COVID-19 pandemic.

The Minister for Justice has not yet responded to IrishCentral's request for a comment on MASI's petition.