Abdul Malik Bekmirzaev was born in Dublin but has been denied Irish citizenship. 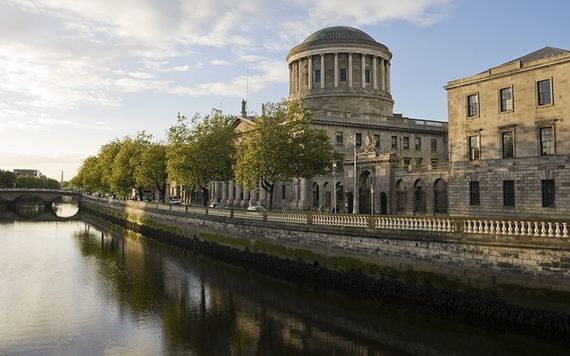 The High Court heard the boy's challenge on Thursday. Getty

The Irish-born son of a suspected Islamic State fighter has challenged the Irish State's decision to refuse to recognize him as an Irish citizen in the High Court.

Abdul Malik Bekmirzaev, 7, has challenged the Irish State in the High Court after it refused to re-issue him with an Irish passport or recognize him as an Irish citizen.

Bekmirzaev, who is currently living with his mother Iryna Paltarzhytskaya in her native Belarus, argues that the Irish Government's decision is incorrect and a breach of his rights.

The Irish State refused to recognize Bekmirzaev as an Irish citizen after it revoked the naturalization certificate it previously granted to his father Alexandr Bekmirzaev, who allegedly joined ISIS and is feared dead by his family.

Abdul Malik Bekmirzaev's father Alexandr was granted Irish citizenship in 2010 due to the fact that he married a British citizen in 2001, who he divorced before becoming an Irish citizen.

Alexandr's Irish citizenship was reportedly revoked in August this year since his 2001 marriage was thought to be one of convenience.

His seven-year-old son was subsequently denied an Irish passport in September this year on the basis that he was not considered an Irish citizen since his father's citizenship had been revoked.

The boy, who is represented by Michael Lynn SC with Colin Smith Bl and instructed by solicitor Wendy Lyon, has now challenged the state's decision in the High Court, arguing that the decision has breached his constitutional rights and his rights under the European Convention of Human Rights.

His legal team additionally argues that the decision to revoke his father's citizenship does not impact Abdul Malik Bekmirzaev's citizenship and further argue that the boy is an Irish citizen.

The High Court challenge also argues that his father's citizenship was not revoked in accordance with the law and they contend that the Irish State has not given them a copy of his father's revocation, despite several requests.

Alexandr Bekmirzaev moved to Ireland from Belarus in 1999, marrying the British woman in 2001 and divorcing her early in 2010, shortly before he married his current wife and Abdul Malik.

His son was born in April 2013 and he reportedly departed Ireland for Syria shortly afterward to join the Islamic State. He was captured by Kurdish soldiers in 2018, while his wife and son were moved to various camps in Turkey and Syria.

Turkish authorities confiscated the young boy's Irish passport in one of the camps, leading him to apply for a renewal.

His ex-parte High Court challenge came before Justice Tara Burns on Thursday and will return before the court next month.