Cian McLaughlin has been missing in Grand Teton National Park in Wyoming since June 8. Officials say that it is unusual for someone to be missing for so long. 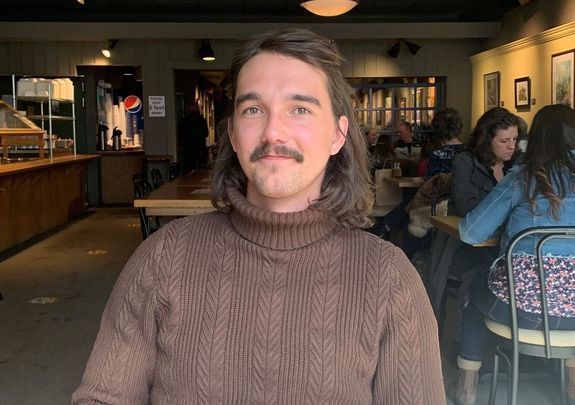 Park rangers searching for missing Irishman Cian McLaughlin in Grand Teton National Park in Wyoming are keeping an open mind over where the missing Dubliner may have gone when he disappeared almost six weeks ago.

“Park staff are operating in a continuous but limited mode," a spokesperson for Grand Teton National Park told the Irish Independent this week.

“New clues will be investigated when they come forward. Updated missing person posters are being posted throughout the park and overnight backcountry users will be advised to look for clues.

“In addition, all park staff who have regular work in the backcountry will be expected to search as part of their regular duties.”

Grand Teton National Park shared an updated missing person poster about McLaughlin on July 13. The poster notes that McLaughlin had a red Apple Watch and a red iPhone 12 mini and that he was wearing a white short-sleeved t-shirt, a necklace, and wire-rimmed glasses.

No new info has been reported about missing hiker Cian McLaughlin. The park continues to request any info the public may have that may aid in locating McLaughlin. An updated flyer is being posted with items he was last known to have. Latest info (6/23/21): https://t.co/0mf8Y8UQSO pic.twitter.com/Md0Qmtj856

McLaughlin, 27, has now been missing for 38 days since he was last seen on June 8, and officials at the park say that it is unusual for someone to be missing for so long.

Witnesses last saw McLaughlin hiking along the Garnet Canyon Trail in the park at 3:45 pm on Tuesday, June 8. The trail is an 8.2-mile round trip and has a peak elevation of 9,280 ft. It is ranked as moderate-strenuous on the official Grand Teton National Park website.

Parks rangers have used helicopters, drones, and thermal cameras in the search for McLaughlin, while more than 70 people were involved in the search in the first week after his disappearance. However, search efforts have now been scaled back.

Cian's uncle Mark McLaughlin, who is based in California, recently told Thousand Oaks Acorn: “We love and miss Cian.

“It is difficult at this point in time not having closure. As a family we know the longer this extends out, the outcome will not be positive.”

Earlier, Mark McLaughlin, whose late brother Jack is Cian's father, said: “Cian is a friendly spirit—made friends wherever he went. He lived to be on ‘holiday’ and worked enough to travel. He is a trained musician who could play any instrument set in front of him.

“At times, he comes off way older than his actual age, and other times he is a 27-year-old trying to figure out his next move in life. He definitely loves to be around family and friends.”

Erika Jostad, chief ranger for Grand Teton National Park, said last month that staff at the park are trying to keep an open mind in the search for McLaughlin and that McLaughlin's mental health has not been "a feature of the profile we developed."

"This looked like a simple afternoon walk in the park," Jostad said. "We’re trying to keep a really open mind about where he might have gone."

Concerns over McLaughlin's wellbeing were first raised when he failed to report for work in Jackson, Wyoming on June 10, while rangers made a major breakthrough in the search for the missing Dubliner when they located his car near the Lupine Meadows trailhead.

A witness reported meeting a hiker who matched McLaughlin's description on the Garnet Canyon Trail as he made his way toward Taggart Lake.

McLaughlin's mother Gráinne flew to Wyoming last month with her partner after a GoFundMe raised more than €48,000 to help support his family with travel and accommodation costs.