Chris and Kerry Kennedy speak out against Sirhan Sirhan's parole

The two Kennedy children believe that Robert F. Kennedy's killer does not deserve to be released because he has not shown remorse. 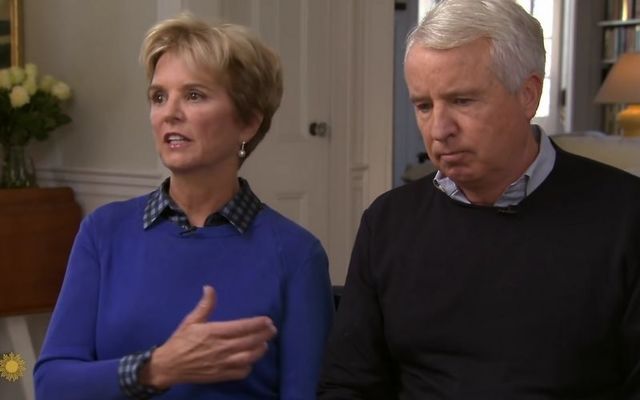 Two of Robert F. Kennedy's children have spoken out against the possible parole of Sirhan Sirhan, who is serving life in prison for the murder of Kennedy at the Ambassador Hotel in Los Angeles in June 1968.

Chris and Kerry Kennedy spoke to CBS Sunday Morning about Sirhan's possible parole, stating that they did not believe that their father's killer had shown any remorse over the past 53 years.

"What would that do to your soul? Wouldn't you be walking around saying, 'Oh my God, how did this happen? How do I stop this? I'm so sorry. How can I make this up to you?' None of that."

She described the murder of her father as a "totally premeditated, political terrorist assassination" but said that she had forgiven Sirhan.

Chris Kennedy, however, said that he had not forgiven his father's killer because he had made no effort to apologize.

"We're Catholics. We're not haters. We believe in forgiveness. But forgiveness has to come after an apology, and a recognition of the act itself, and the damage that was done. And that has not happened," he told CBS.

Both Chris and Kerry Kennedy said that they hoped that California Governor Gavin Newsom would overturn a California parole board's recommendation that Sirhan, 77, should be released because he was no longer a threat to society.

They pledged to continue to fight against Sirhan's parole in honor of their father.

"Parole is something that you earn. It's not a right that you have," Kerry Kennedy said.

Chris, meanwhile, said that it was their "duty" to advocate for their father.

"We need to be an advocate for our father. That's a duty to him. That's the legacy he taught us, the notion of duty and honor and what is required of a child, of a family, of a country."

All but two of RFK's children were left shocked by the California parole board's decision to recommend Sirhan's release last August.

Douglas Kennedy and Robert F. Kennedy Jr. have welcomed the decision, with the latter penning a letter to the parole board encouraging them to release Sirhan.

"Any opposition to Mr. Sirhan's release simply based on the crime, is contrary to the law and contrary to the concepts of redemption and forgiveness," Robert F. Kennedy Jr. said.

He also recently penned an op-ed for the San Francisco Chronicle stating that he no longer believed that Sirhan had killed his father.

Instead, he claimed that his father's bodyguard Thane Eugene Cesar carried out the assassination.

RFK Jr. pointed to three eye-witnesses who saw Cesar draw his weapon and one who saw him fire it, while he also highlighted evidence which suggested that Cesar hated the Kennedys and their "race-mixing sympathizers".

However, Chris Kennedy said that the sheer size of the extended Kennedy family made it inevitable that some family members would hold a different opinion to the rest.

"There's a hundred members of our family, you know, the descendants of Joe and Rose Kennedy, and we're very close to all of them. And there's two members of our family who don't agree. And anybody who has ever been part of a big family knows that's sort of how it shakes out," he told CBS.