Chimps use branch as ladder to escape Belfast Zoo

Chimpanzees used a branch as a makeshift ladder to escape from their enclosure at the Belfast Zoo on Saturday. 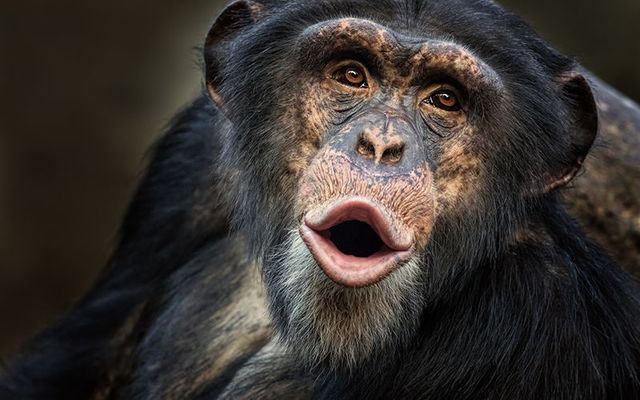 A chimpanzee escapes its enclosure at the Belfast Zoo. Getty

Chimpanzees used a branch as a makeshift ladder to escape from their enclosure at the Belfast Zoo on Saturday.

Visitors said one of the chimps went onto a path while others were sitting on top of their enclosure wall, The Guardian reports.

A visitor to the zoo caught footage of the breakout and posted it on social media. In the video, an excited child can be heard exclaiming: “Don’t escape, you bad little gorilla.”

Read More: A wedding on the wild side? You can now get married at Dublin Zoo

Zookeeper Alyn Cairns told the BBC that trees in the enclosure had been weakened by the storms, allowing the chimps to break them and use them as a ladder to escape.

“They’re intelligent primates and know they’re not supposed to be out of their enclosure, so got back in themselves,” he said.

Visitor Danielle Monaghan, who witnessed the chimps escape, said she was worried about safety.

“I was petrified, obviously, having the kids, and I tried not to show fear but inside I was a bit like: what happens if it attacks us or tries to take the kids or runs over?” she told the BBC.

“But we just had to stay calm. It may have been a different story if it had been aggressive but it absolutely wasn’t. It made us feel at ease. We just walked past it and it was absolutely grand.”

A spokesperson for Belfast city council, which runs the zoo, said one chimpanzee left its enclosure for a short time. “Zookeepers were present as the chimpanzee quickly returned from an adjacent wall to the rest of the group inside the enclosure.”

Last month, a red panda cub called Amber escaped from the zoo and was found in a garden less than a mile away.