The stereotype tells us that the Irish skin tone is pale and pasty but could the very first Irish people have had much darker skin than we do now? 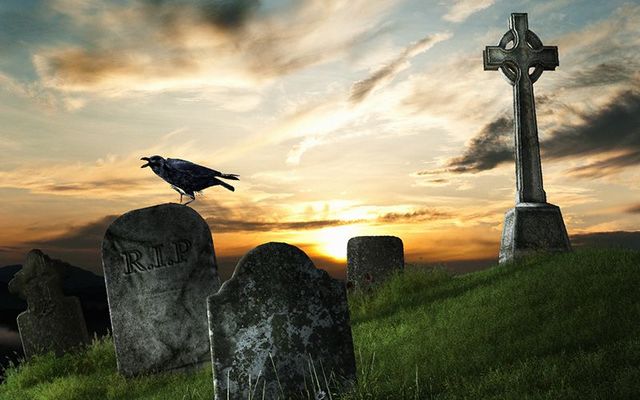 The Cheddar Man, known as the First Brit. Does he tell us what the first Irish looked like? iStock

While the ill-informed may claim that you must be pale, pasty, and white to be Irish, DNA evidence from the very first Brit, “Cheddar Man,” indicates that there is a strong possibility that the earliest Irish people may have had a much darker skin tone than previously believed.

What did the first Irish look like? According to Dan Bradley, professor of population genetics at Trinity College Dublin, those first Irish people would not have had the light skin that we have generally painted them with, but would, in fact, have had much darker, maybe even black, skin and blue eyes.

“The earliest Irish would have been the same as Cheddar Man and would have had darker skin than we have today,” Bradley told RTÉ Radio One’s "Morning Ireland" show.

Working on the remains of two men who inhabited Ireland some 6,000 years ago, Irish researchers found results very similar to the DNA analysis carried out on “Cheddar Man,” linking them to mainland European countries such as Spain, Hungary and Luxembourg. These people would have lived in western Europe after the last Ice Age but before the farming era.

“We think [the Irish examples] would be similar. The current, very light skin we have in Ireland now is at the endpoint of thousands of years of surviving in a climate where there’s very little sun,” Bradley continued.

“It’s an adaptation to the need to synthesize vitamin D in skin. It has taken thousands of years for it to become like it is today.”

In groundbreaking new research, Britain’s Natural History Museum and University College London announced a transformation in the way that we look at the “First Brit,” known as “Cheddar Man” and named after the part of Britain where his body was first discovered in a cave in 1903.

Cheddar Man lived around 10,000 years ago and has previously been shown to look similar to a white person from modern Britain. That was before this pioneering examination of his DNA and subsequent facial reconstruction revealed that the man had “dark to black” skin, blue eyes, and dark, curly hair. Reconstruction prior to this one had not been based on DNA evidence.

Read more: Were there Irish before Celts? Experts say new remains prove it

“With the new DNA information, it was really revolutionary. And it allowed us to look more at race. This revealed stuff that we’d never had known before,” said Alfons Kennis, who along with his brother Adrie, worked from the evidence provided by researchers to produce a 3D model of Cheddar Man’s bust.

“People define themselves by which country they’re from, and they assume that their ancestors were just like them. And then suddenly new research shows that we used to be a totally different people with a different genetic makeup.

“People will be surprised, and maybe it will make immigrants feel a bit more involved in the story. And maybe it gets rid of the idea that you have to look a certain way to be from somewhere. We are all immigrants.”

The brothers were speaking as part of an English documentary “The First Brit: Secrets of the 10,000 Year Old Man” which aired on Channel 4 on Sunday, February 18, 2018.

(NB: All three men are quite hairy, but Cheddar Man is the one in the middle) pic.twitter.com/ocDEPaYn5M

Also in the documentary, Professor Ian Barnes, research leader at the Natural History Museum, reveals that it's not just the skin color that may come as a surprise when looking at the DNA reconstruction for the first time.

“For me, it’s not just the skin color that’s interesting, it’s that combination of features that make him look not like anyone that you’d see today,” Barnes said

“Not just dark skin and blue eyes, because you can get that combination, but also the face shape. So all of this combines together and make him just not the same as people you see around today.”

In order to carry out the DNA analysis, Barnes and Dr. Selina Brace extracted DNA from Cheddar Man by drilling a 2mm hole through the skull’s inner ear bone and removing bone dust. They then scanned the skull and passed all the information onto the Kennis brothers.

Read more: First genetic map of the people of Ireland

Cheddar Man is believed to have lived in England when it was almost completely depopulated, genetically belonging to a group of people known as the “Western Hunter-Gatherers”, Mesolithic-era individuals from Spain, Hungary and Luxembourg. In modern-day Britain, 10% of white Brits would have descended from this group.

What do you make of the Cheddar Man revelation? Let us know your thoughts in the comments section, below.